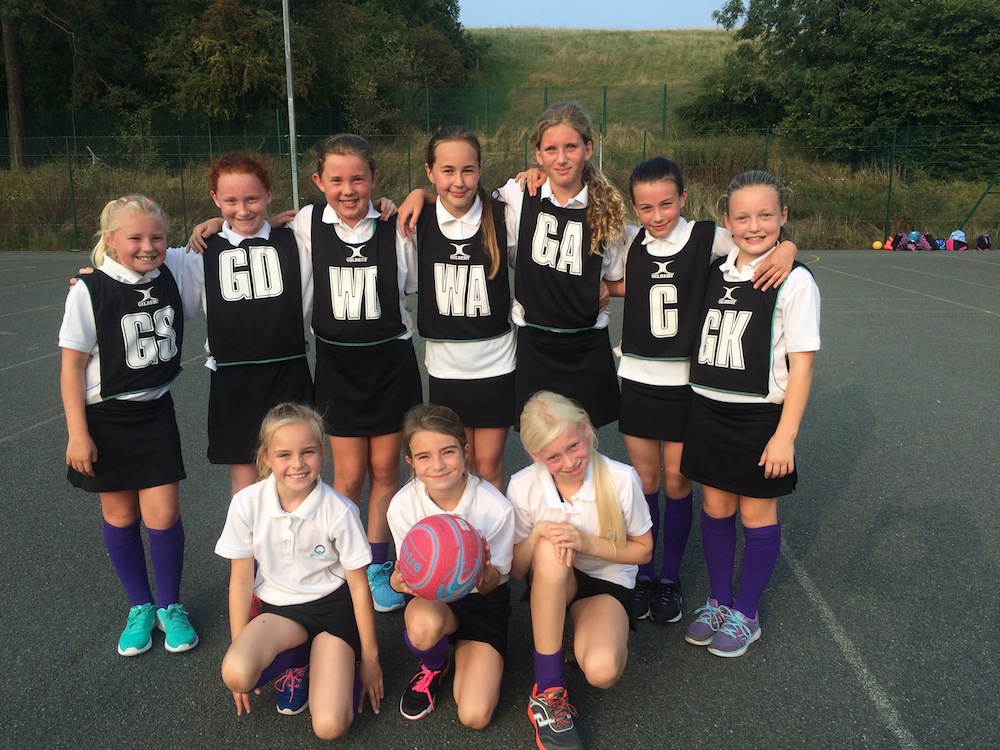 The ladies of Oldbury Wells School started the academic year in fantastic form, taking two district titles and gaining a place in the County Games finals. The Y7 team took part in a South and East Shropshire District competition though, having only completed one training session, the girls were unsure of their capabilities against the other schools in the area. They grew in confidence as play progressed, with Freya Cates and Sophie Kinnersley ruthless in the shooting circle. The girls won all their games with the exception of a well-fought draw against a strong William Brookes and this performance was enough to see them crowned champions on the day.

The school’s Y9 team also dominated, scoring 14 goals in the first 12 minutes and seeking to keep energy levels high as they went from game to game. Eilish Turner, Freya Turner and Abi Whitehead sprinted into space constantly to offer attacking opportunities for the team.

Pet owners are set to benefit when a veterinary physiotherapy training centre opens its doors to Shropshire customers. The Veterinary Services Centre at Harper Adams University, which trains future veterinary nurses and physiotherapists, can help pets recover from illness or injury. A new service, veterinary rehabilitation, is led by Beth Roberts, a lecturer at the university, who explains, “The facilities we have include a canine hydrotherapy pool, hydro-treadmill, electrotherapy and some of the latest diagnostic technologies available. They’ve been used mainly for demos and the treatment of volunteer dogs so far, but now we’d like to help a wider range of clients.”
For more information, visit vet-rehab.com, call 07970 327956 or follow the Facebook page, VetRehabShropshire.

A Shropshire school is revolutionising boarding by making it more flexible for pupils and parents. Prestfelde in Shrewsbury has welcomed boarders since 1929, but changing times have seen the numbers of pupils staying on site dwindle. Now the school is developing a fresh approach by making the boarding house an ‘extension of home’ to encourage more children to benefit from the experience.

Mike Haswell, the school’s head of boarding, explains, “Boarding has changed somewhat from the days of parents dropping off their children with their luggage on the first day of term and picking them up three months later. The whole attitude towards boarding, from parents, pupils and teachers alike, is very different nowadays and we have embraced the modern, flexible style of boarding without losing the key benefits that staying in such an inspiring place as Prestfelde can provide.”

Pupils at Much Wenlock Primary School have been busy raising money to buy a defibrillator for the school and local community use. Head Carl Litchfield explains, “The pupils organised a series of fundraising activities including a raffle, a cake stall and a ‘guess the name of the bear’ competition.”

The defibrillator will be installed on an exterior wall for ease of access by parents and local residents.

Studios in sight for sixth former

A Sixth Form pupil from Shrewsbury High School has been named overall winner in a national film competition. Y12 pupil Alexandra Dewing has been awarded the top prize in a Met Film School storytelling challenge, in which entrants were asked to create fun, thoughtful or challenging content about Brexit with a pitch in the form of a script, PowerPoint presentation or video pitch. Alex’s script won the top prize for her script ‘A Silent Voice’. Met School’s campus is based within West London’s famous Ealing Studios and it is here that Alex will now have the chance to turn her idea into a video.

Alex, who studies English, Latin and French at the High School, says, “I can’t believe that out of everyone who entered across the whole country I have been chosen as the winner. I can’t wait to get down to Ealing Studios and start filming.”

West End’s ‘Wicked’ star, Kane Oliver Parry, joined performing arts students at Shrewsbury College in September for an awe-inspiring workshop. Kane recently concluded his run in the West End production, covering the role of Fiyero. He joined students to give them an insight into the performing arts industry. The workshop consisted of a highly energetic musical number which they learnt under pressure and performed to an impressed audience at the end of the day.

Performing arts lecturer Michael Jenkins, says, “It’s been such an insightful experience for our students. Welcoming Kane, an inspiring West End professional, to visit us on just day two of our course has given our students a fantastic grounding for the academic year ahead.”

To mark 100 years since the birth of Roald Dahl, pupils from Brockton Primary celebrated the inimitable works of the world-famous author. School uniforms were replaced with outfits recreating Dahl’s creations such as the BFG, Mr Fox, Willy Wonka, the Grand High Witch, Esio Trot and so on – even HM the Queen (who plays an important role in The BFG) managed to make an appearance! The children re-enacted Dahl’s stories, created their own sweet shops, made dream catchers, indulged in sweet tasting, and devised names for chocolate bars during the fun day of activities. Donations were also made to Roald Dahl’s Marvellous Children’s Charity, which was founded to help make life better for seriously ill children in the UK.

Children at St Leonard’s Primary School are celebrating the 40th birthday of their much-loved swimming pool. The pool has been used by the school to teach hundreds of Bridgnorth children to swim over the last four decades and is still going strong. The pool is funded entirely by swimming pool subscriptions and volunteer fund raising run by St Leonard’s’ Parent and Teacher Association, FOSLS.

At this year’s Summer Fair, current pupils were joined by past members of the PTA who dug and built the facility in 1976. The PTA are currently preparing for their annual bonfire and fireworks night, to be held on 3rd November.

Living history experts Longship visited Much Wenlock Primary back in September, to tell children more about life in Viking and Anglo Saxon times. Children were taken back to the times of Edward the Confessor, Viking raids and invasions and the Danelaw and learned about the social, cultural, religious and ethnic diversity of the era. Y3 class teacher Claire Wright says, “The children enjoyed storytelling, role play and Viking chants as part of our topic, called Under Attack!”

Bridgnorth’s Castlefields Primary School has had a great start to the East Shropshire Schools Partnership’s KS2 Cross Country League. Many of the children taking part achieved personal bests, with several coming in the top three. Oliver Stafford (Y3), Hannah Belcher (Y4) and Zoe Gilbody (Y5) won their races at both Albrighton and Idsall School, with the team looking forward to competing at Alveley and Oldbury Wells.

Head Pamela Leek-Wright says, “We’re extremely privileged to have the ongoing support of someone with the experience and depth of understanding of Dr Tate. His passion for education is always a good reminder of what teaching is truly about and it seemed only fitting we name our new Sixth Form suite after him in acknowledgement of the support he continues to show for Holy Trinity School.”

Moffats School in Kinlet will be hosting a Christmas Magic Show featuring Bridgnorth’s own Miss Picklelily. The free show is open to children aged between two and five, with parent or carer, on Friday 2 December from 10.30am until noon.
Miss Picklelily, also known as Careena Fenton, says, “I always look forward to the shows at Moffats as they mark the beginning of the busy Christmas season with a really festive start. The beautifully decorated hall at Moffats is just like being at Hogwarts with its secret doorways!” Call 01299 841230 or visit moffats.co.uk.

North Shropshire College and Reaseheath College in Cheshire began their federation in September. Both colleges specialise in land-based subjects and technical and vocational qualifications and are in a strong phase of continuous growth and improvement.

North Shropshire College Principal Jackie Doodson says, “The governing body has carried out extensive research and appraised its options rigorously. It has concluded that a partnership with Reaseheath College will best secure the long term future of high quality land based provision for Shropshire along with high quality vocational education and training.

“We’ll share best practice to improve the quality of provision and facilities, and our strengthened financial sustainability and resilience will enable us to grow the number and range of courses we offer.”

Riders cause a storm

In September, Lacon Childe’s riders took part in an inter-schools show jumping event hosted by Lucton School. There were some outstanding performances from seasoned riders and others who joined the school this year. The 70cm team came in fifth, the 80cm side achieved second spot, while the 90cm class saw some of the school’s more experienced riders perform their best with the team of Georgina Crawford, Hettie Wood and Emma Johnson winning the class; Hettie also finished second overall.