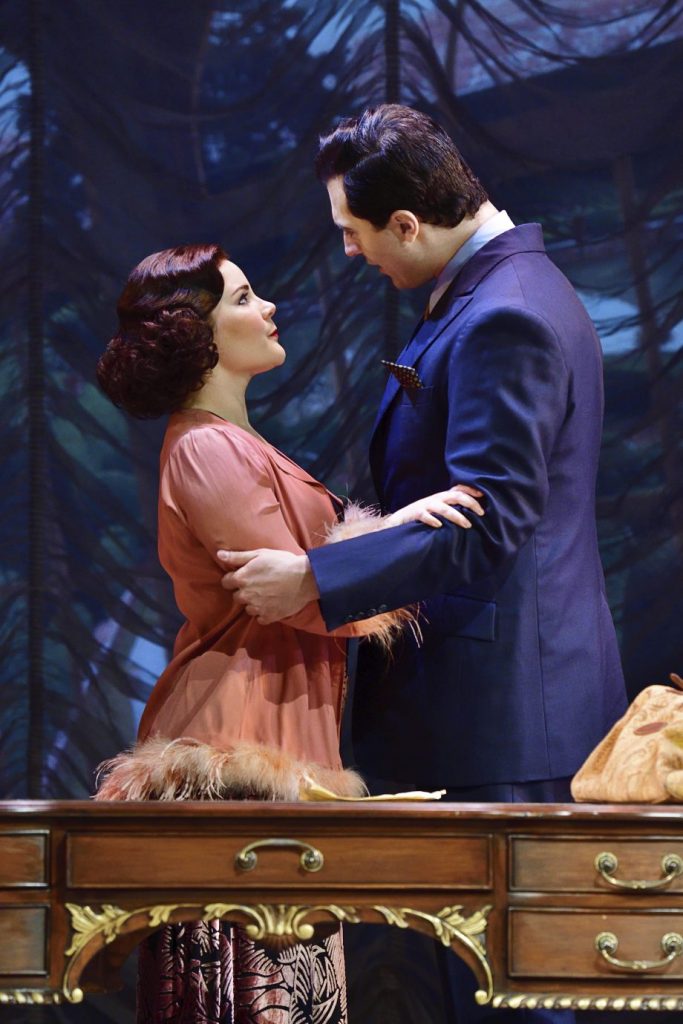 WW! were at the opening night of Funny Girl at The Grand Theatre last night and we can’t recommend it highly enough. The cast and costume were all faultless with Darius Campbell well cast as handsome charmer Nick Arnstein – (remember him from Pop Idol all those years ago?) But is was Natasha Barnes that we really fell in love with as she takes us through the highs and lows of the talented and efficacious Fanny Bryce life – she made us laugh, smile and cry so convincingly that by the end of the show we genuinely felt like we were losing a friend. It’s on until Saturday – don’t miss it if you can possibly help it…

The musical will play at Wolverhampton Grand Theatre from Monday 24 – Saturday 29 July. Here, Darius tells us all about it… 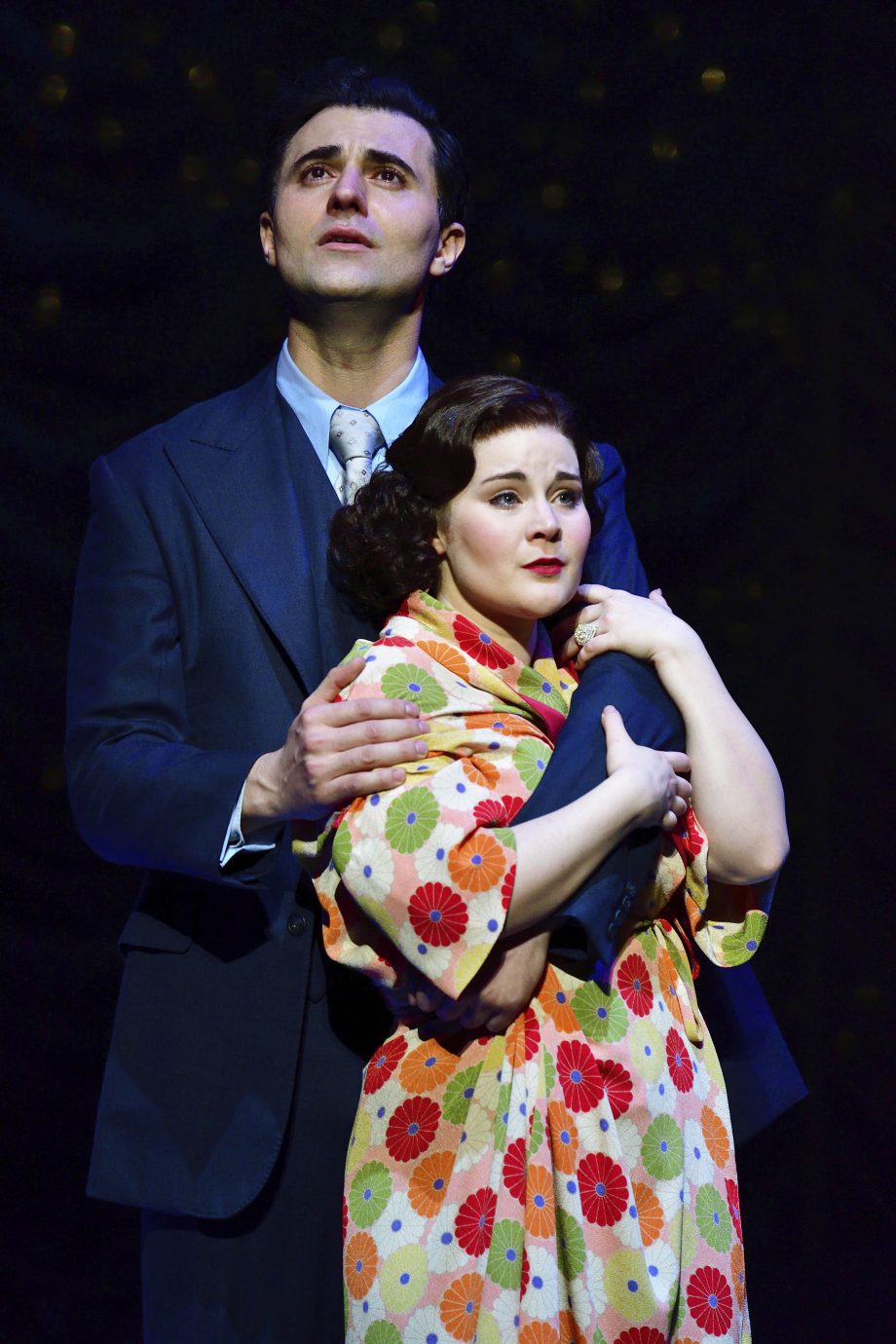 “Funny Girl is such a pleasure, we opened in London and now we’re touring the show, with Natasha J Barnes who took over the role of Fanny Brice for some time. It is the number one romantic musical comedy of all time – and I get to be the leading man so pinch me – I get to do it again 18 months on and we’re still performing to standing ovations, I’m very lucky.”

“We’ve got some of the best music and maybe the best songs of the last 70 years. The show is 50 years old and it hasn’t been performed here since the original with Barbara Streisand which shot her into fame. They made a film of it that won 5 Academy Awards.”

“I think that female character [Fanny Brice] is one that women really identify with, in different ways. There are different generations, younger girls, women who have children and grandchildren – they all relate to the Fanny Brice character who goes through a true ugly duckling to swan story. Fanny was someone who didn’t entirely fit in and I think we can all relate to that. People want to feel part of something, they want to feel special and Fanny Brice was one of those individuals who set her own path, a feminist icon who really created a huge impact. It’s based on the idea of “pick me, pick me”, we seem to have that idea in entertainment. It was something that she went up against and was the highest paid female performer in the world, $20,000 dollars a week – which today is silly money! It’s great to be able to help tell her story onstage.” 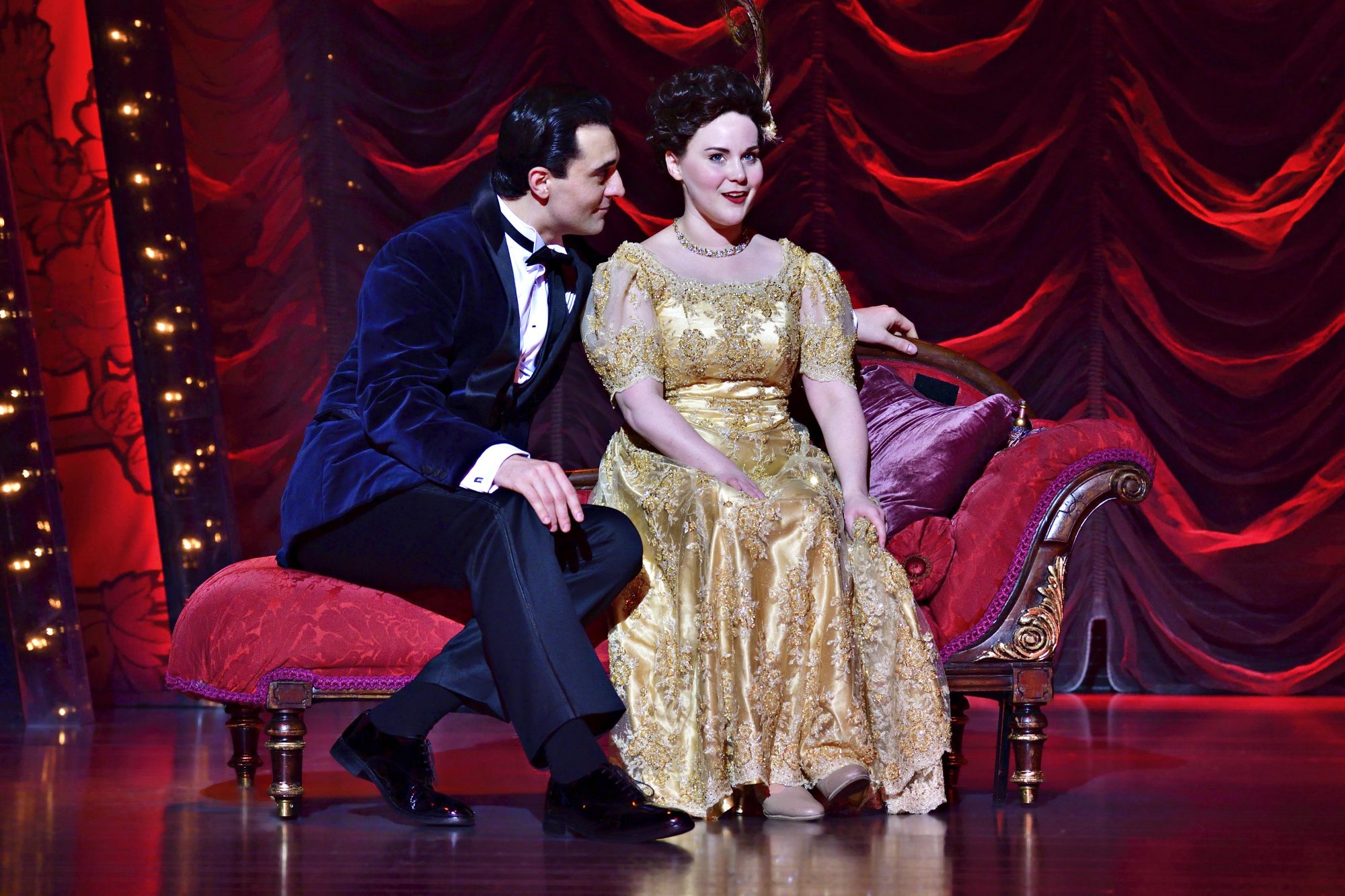 “It’s been 17 years since my original audition for Pop Idol and 15 years since my single Colourblind went to number one in the charts. It was 2005 when I first stepped into the West End, as Billy Flynn in Chicago and since then I’ve got to work with my Musical Theatre heroes, Sir Trevor Nunn, Sir Tim Rice and take the lead in musicals that I’ve loved being part of, stories that are classic, the leading man romantic stories such as Gone With The Wind, Guys And Dolls and From Here To Eternity. Funny Girl is the jewel in the crown of musicals and we’re so lucky to be entertaining audiences up and down the country with it.”

“In terms of this tour, I have played Wolverhampton before, the Grand is a great theatre and I love the people of Wolverhampton. I remember a very humble experience after having performed in the city and I’m looking forward to the whole week.”

“I consider performing to be about serving the people and giving back. The ultimate failure is having success without fulfilment to anyone, it’s great to be of service and it’s everything to me. I still write songs, literature and poetry and keep a multidisciplinary approach to what I do creatively. Writing is a dear love of mine and I’ve been doing it since the age of 12, I wrote my first love song at the age of 14 and totally got rejected by the girl I sang that too! I look back and I’m grateful to all these experience that have allowed me to write songs. My next project musically will be a new album, I’ve gone through iterations of albums and maybe I’ll revisit those and write some new songs.”

“Variety is the spice of life and the entertainment industry is a cut-throat industry. I really feel for contestants that I see on reality shows like X Factor and The Voice – you see them and their hopes come to fruition but then they’re dropped within six months or a year and kicked to the side because there’s a new series and a new star and a new winner and they’re done with the old one. I feel for my colleagues and the next generation and that’s why I feel variety is important. For now, it’s Funny Girl and I’m really looking forward to visiting Wolverhampton and I’d love to see some faces at the Stage Door afterwards!”

Tickets for FUNNY GIRL – THE MUSICAL are now on sale, in person at the Grand Theatre Box Office, by calling 01902 42 92 12 or online at grandtheatre.co.uk.