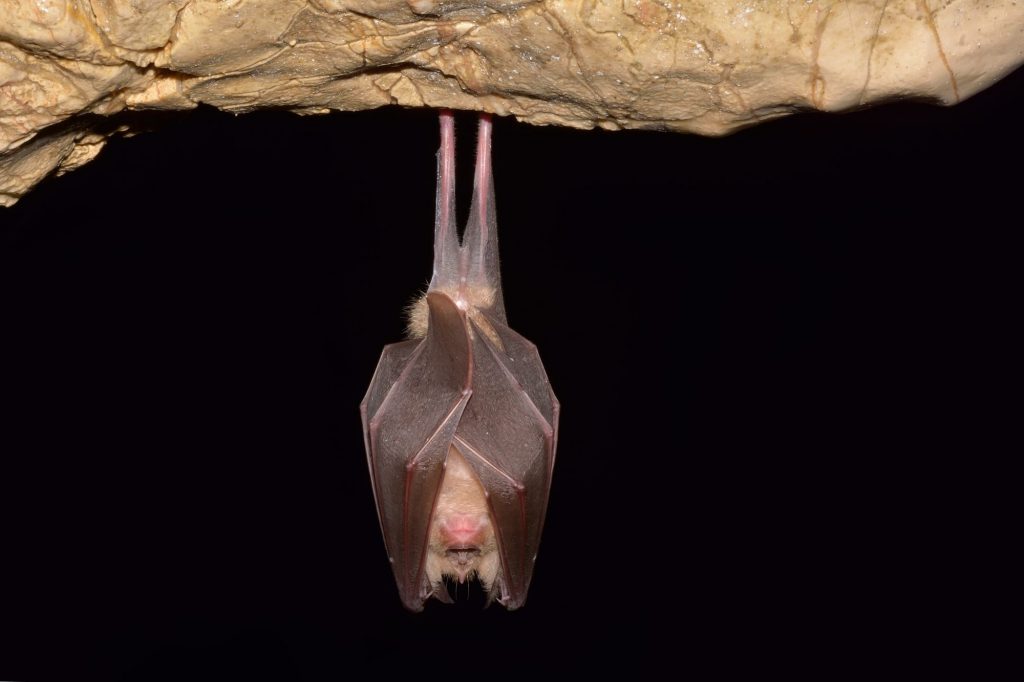 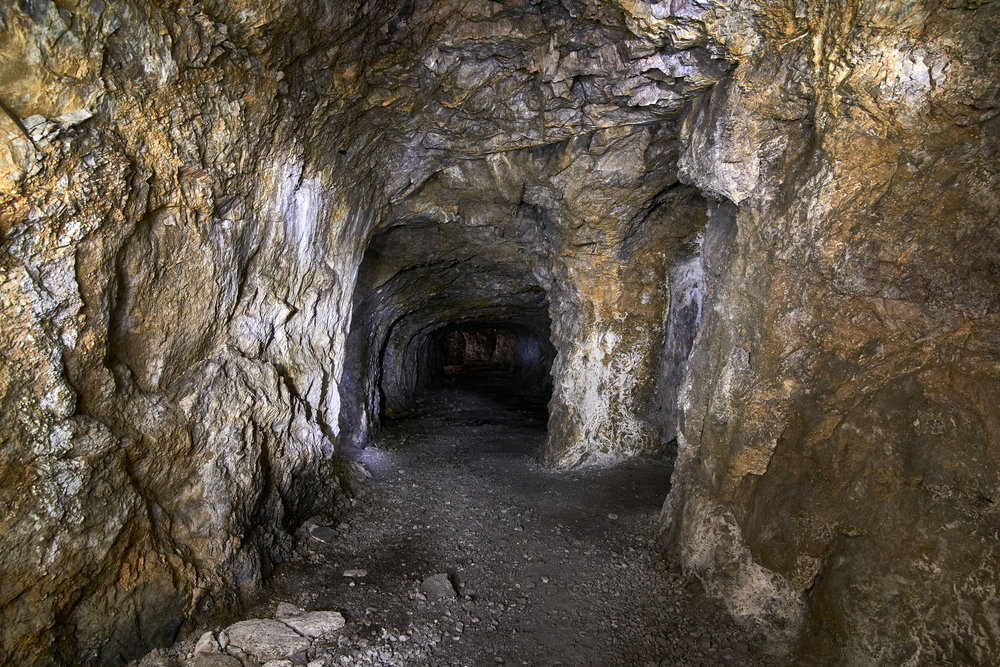 At the bottom of a steep bramble-covered bank, tucked in the corner of a long-forgotten field near the village of Snailbeach, is a hole in the ground. The only features that mark this place are the sharp teeth of a holly bush and the ears of a dying elder tree. The hole, partly covered by a wire fence, is the entrance to a tunnel that leads deep into the bowels of the earth. A slate grey Stiperstones skyline is soon forgotten as we scramble into the hole and become slowly enveloped in darkness. 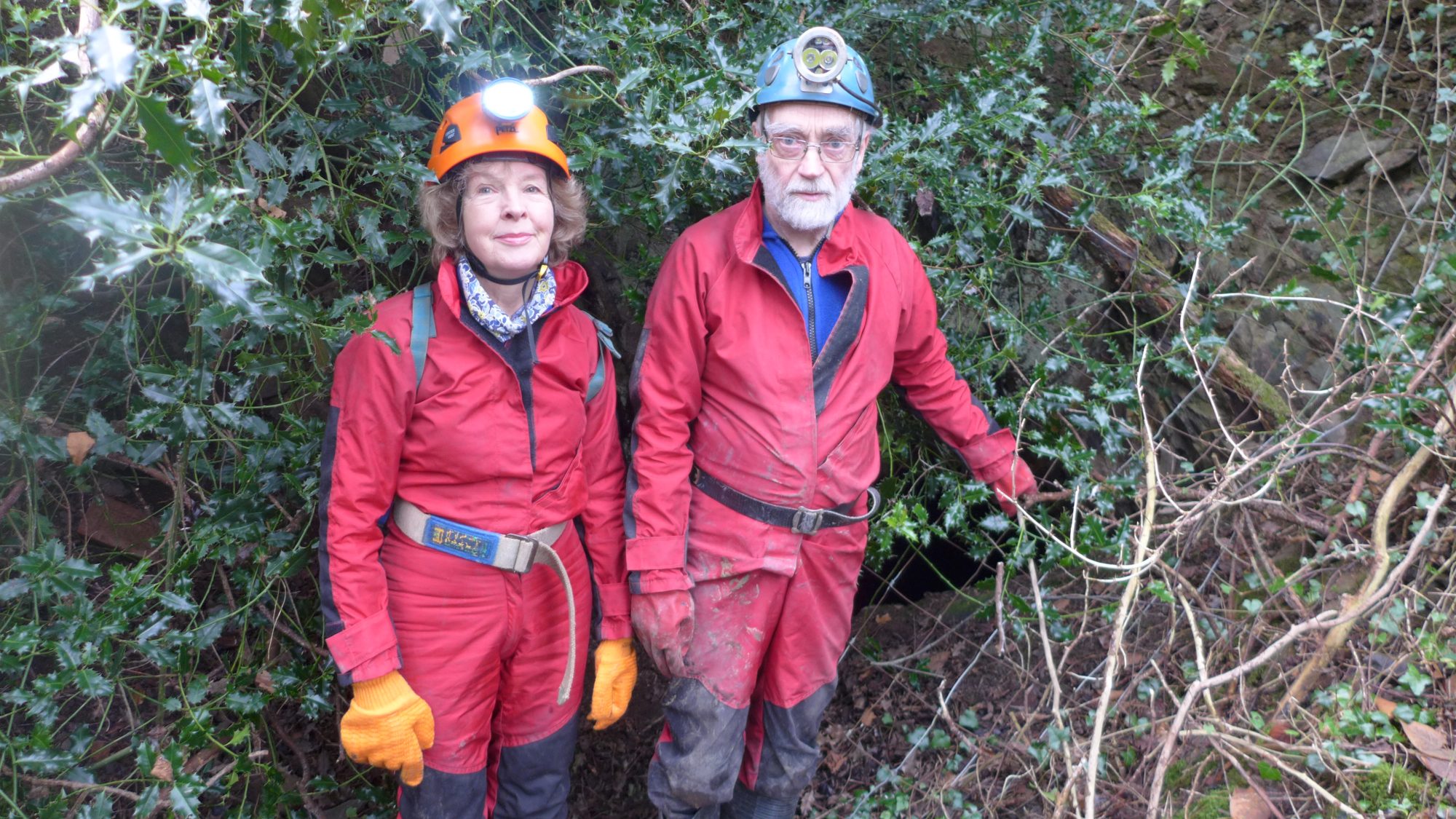 Our small party walk carefully in single file along the tunnel. More specifically this is an ‘adit’ (a horizontal entrance to a mine). The roof height is between five and six feet, dipping as low as four for a few short sections. After a few minutes, our leader Mike stops and in the light of his head torch, he points at the wall. Tiny feet grip the stonework. A body that is completely enclosed in membranous wings hangs upside down. The creature is completely still. This is a lesser horseshoe bat and the mine is its winter home.

Horseshoe bats have a distinctive horseshoe-shaped flap of skin on their face, known as a nose-leaf. In order to find flying insects in complete darkness, all bats use a process called echolocation. This involves emitting high-pitched squeaks and then detecting the sound waves that bounce back off objects, building up a ‘sound-scape’ of their surroundings. Horseshoe bats are unusual in that they emit the sounds through their nostrils – the nose leaf acts as a kind of megaphone.

Britain has two species of horseshoe bats, both confined to western parts and both having suffered devastating population loss. The lesser horseshoe is the smaller of the two. Today I’m helping Shropshire Bat Group monitor the winter population of lesser horseshoe bats around the Stiperstones mines. The dedicated volunteers who make up Shropshire Bat Group carry out this important work most weekends. Mike later tells me how they have fitted identification rings to all greater horseshoe bats at a roost in north Shropshire. This allows them to closely monitor the population and also look at individual movements of the bats.

The area around Stiperstones is peppered with abandoned mines. Mytton flags are a common rock type in this area. It was the galena deposits within the rock that were once exploited for lead smelting. The lead mines were profitable, but the life of a miner was a dangerous and unhealthy one. Life was cheap. In one mine accident in March 1895, seven lives were lost. The abandoned mines maintain a constant temperature throughout the year so offer a perfect winter hibernation site for bats. Our presence in the mine could raise the temperature slightly, making the bats awaken prematurely, so Mike ensures we keep our time underground to a minimum. 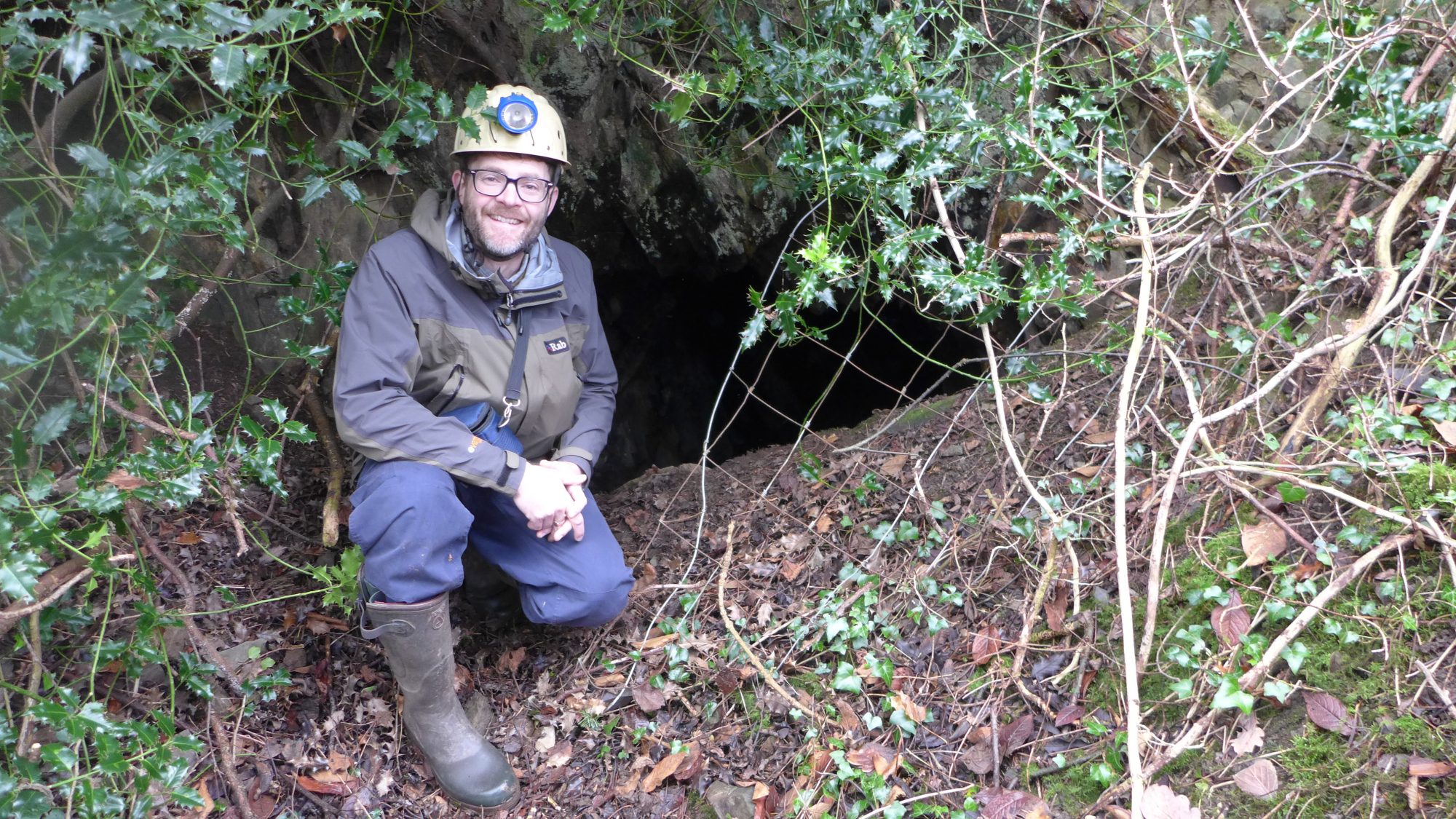 Down here there is no bird song, no wind rustling in the trees, not even a distant hum of traffic. When members of the group do talk, it sounds strangely amplified. It is hard to keep track of time. I imagine the life of a lead miner, breaking rock on an eight-hour shift. In places water drips from the roof. We pass the skeleton of a young fox. It has splayed open, each bone perfectly placed. Years of decay have stripped away the flesh. White bones mirror the calcite deposits which glisten on the walls of the tunnel. I wonder what made the young animal wander so deep into the mine.

Suddenly Mike scrambles on his belly through a narrow gap into a side tunnel. Winter bat surveying is not for the faint-hearted! He wants to explore the entire mine today to give an accurate count. Eventually our tunnel ends in a steep drop above an icy pool. Mike peers into the void and completes his tally. He has counted 59 lesser horseshoe bats in the mine, a new record for this site. It is reassuring to hear that this fascinating species seems to be doing well in this part of Shropshire.

Spring is just around the corner. By the end of April, the bats will have emerged from the hole next to the holly and elder tree. They will see the moonlight again for the first time since the autumn. Following hedgerows, they will fly to local woodlands to feast on an invertebrate supper. The female bats will form summer maternity roosts. The mine will once again be empty. A place of skeletons and memories.

You too can get involved in monitoring the bat population where you live. Bat Conservation Trust (BCT) want your help carrying out a sunset/sunrise bat survey. All you need to do is spend an hour, either at dusk or just before dawn, looking for bats in your neighbourhood. The survey can be carried out between April and September. Enter your results on the BCT webpage: bats.org.uk.

Also on the webpage you can find further details about Shropshire Bat Group. They’re always looking for volunteers to help with surveys and events.