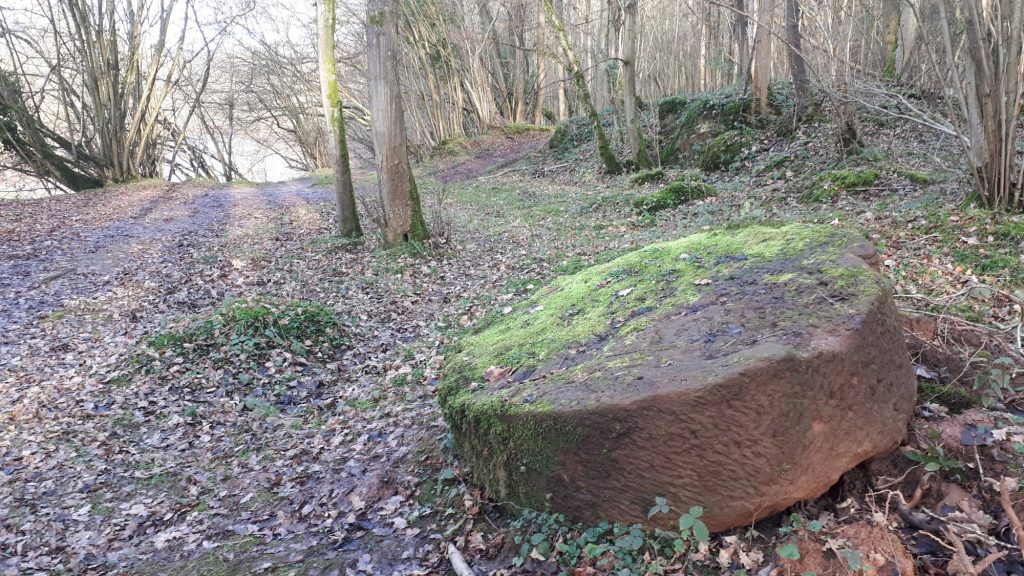 Ed has saved some pics in Shutterstock – can we use a majority of his – (sandstone and footprint) and supplement with the “plants from SS. The one of the museum is pretty poor as is the waterfall – but I will leave it to you to decide which works best.

Ed explores a forgotten world in the earth’s geological history. 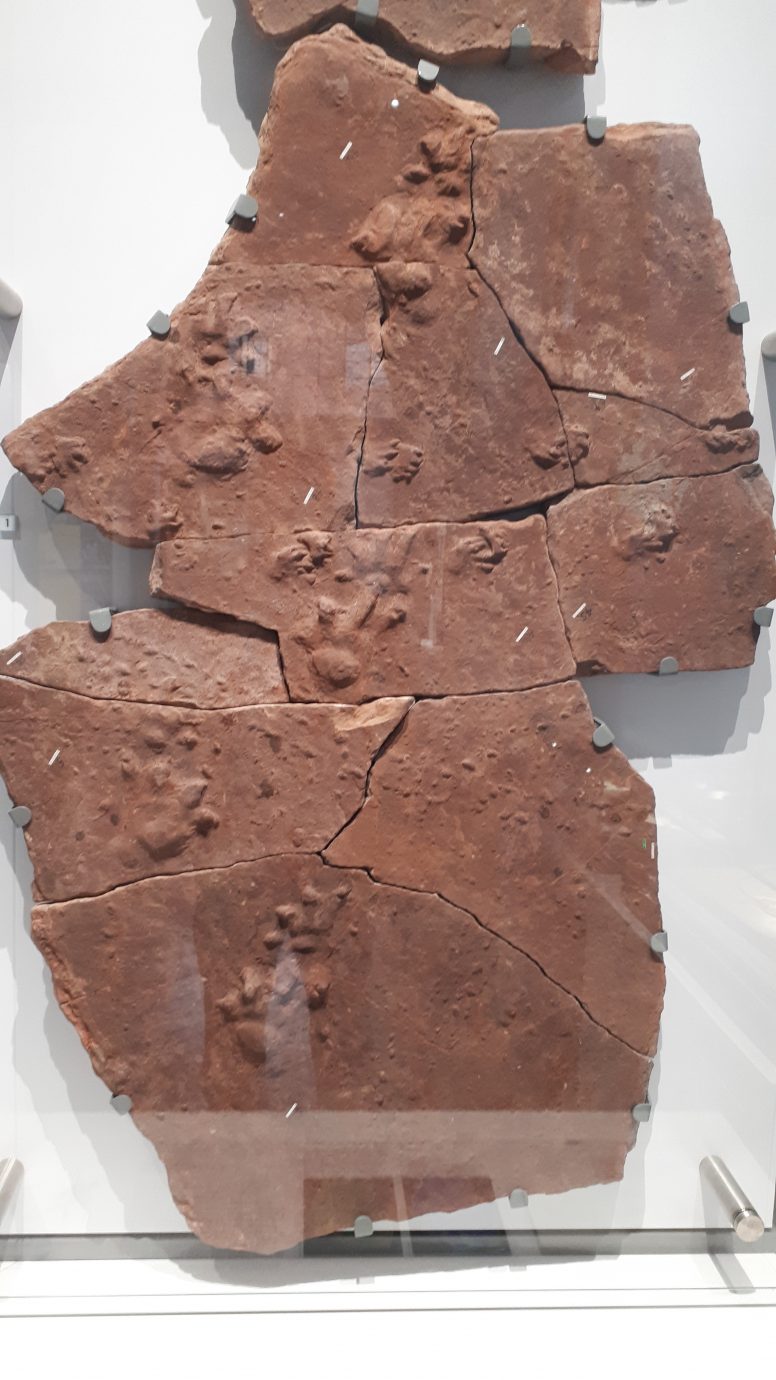 The Lapworth Museum of Geology is located at Birmingham University in the leafy suburb of Edgbaston. In the centre of the museum is a large model of a dinosaur known as an Allosaurus. There are a series of exhibits, each covering a different period in the earth’s geological history. The Carboniferous period started around 350 million years ago and spanned 60 million years. A series of red sandstone blocks that formed during the Carboniferous are on display. Clearly visible on the sandstone are various-sized footprints. The trackways across the stone are of international importance. The amazing thing is that they were discovered in an abandoned quarry less than half a mile from Severn Valley Country Park in Alveley, during a Birmingham University field trip led by Dr Frank Raw in 1914.

A screen nearby shows an animation of a large lizard-like creature with a lumbering gait. The creature is called Diadectes and was an early reptile that would have lived in Shropshire during the Carboniferous period. It is believed that a creature like Diadectes was responsible for leaving some of the footprints visible on the sandstone. Sandstone forms when rivers flood, leaving sand and silt on the bank, which gets slowly buried and compressed into stone.

A footprint on a riverbank is ephemeral in nature. It could quickly be washed away by rain or covered in dust. The Alveley footprints filled with sand during a flood and that sand eventually turned to stone. This process has preserved the trackways as trace fossils for 309 million years. Their discovery gave a unique insight into the creatures that once walked the riverbank.

During the Carboniferous period, Shropshire would have been located close to the equator meaning that the climate was warmer. The principle vegetation type would have been humid tropical forests growing alongside meandering river channels. Flowering plants only evolved between 250 and 140 million years ago. During the Carboniferous period, it was the ‘lower plants’ that dominated. Diadectes would have wandered between giant club mosses, horsetails, ferns and seed ferns. Some of these plant families are now extinct but others have survived from their ancient origins. 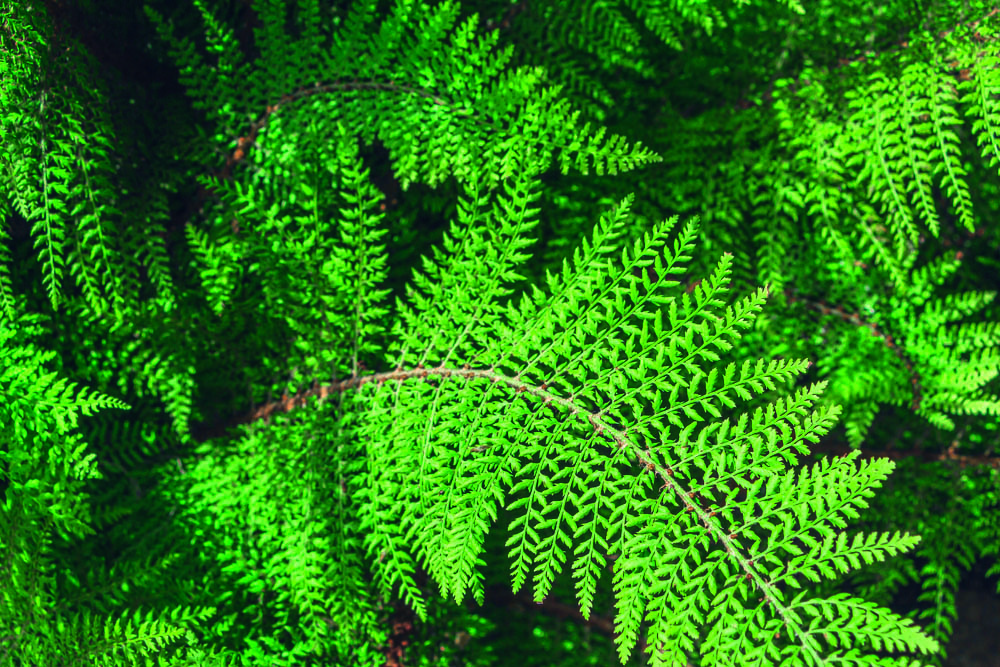 In the middle of a riverside woodland at Severn Valley Country Park is a waterfall. It was a cloudy day in late winter. As I got closer to the falls, there was a rare burst of sunshine. The water was cascading some 30 feet down the valley side and exploding into thousands of tiny sparkling droplets. This shady and damp spot is perfect habitat for ferns.

The ‘leaves’ of ferns are called fronds. Like many lower plants, ferns reproduce by spores. The spores are produced from organs called sori which are visible on the underside of the frond. Looking at the shape of the sori is a useful way of determining the species of fern. I can see soft shield fern growing along the banks of the stream. The fronds of soft shield fern grow as a clump, so the plant resembles a shuttlecock. Next to the waterfall are some large sandstone boulders. Growing on the rock are the glossy fronds of hart’s tongue fern.

In the undergrowth not far from the waterfall I find a circular piece of sandstone. It has been shaped by human hands to make a grindstone for sharpening tools. Local sandstone was also widely used as building stone for the area. It is now overgrown with a lush carpet of moss. Like the ferns, mosses are lower plants and also reproduce via spores. I can see sporophytes growing from the moss. Each one consists of a tiny drooping capsule held on a delicate stalk. These are the organs that produce the spores. In the depths of winter, it can feel like a long time until Spring flowers return to the woodland. But there is still beauty and intrigue amongst the trees, albeit at the microscopic scale. The sporophytes
resemble miniature swans sailing gracefully across a lime green pool. 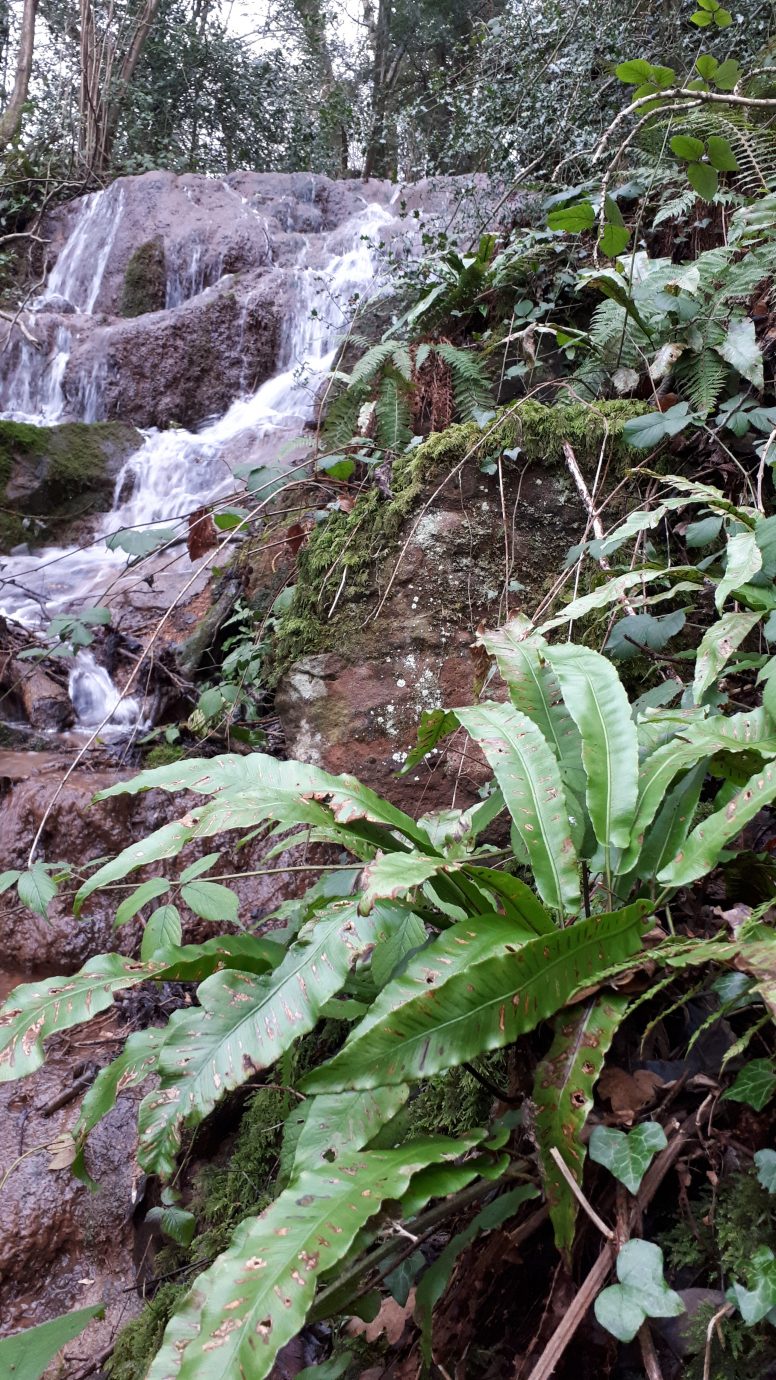 The most striking reminder of the sandstone quarries that once thrived in the Severn Valley is located around 1 mile from Arley. Approximately 40 large sandstone blocks are strewn across the riverbank. I stand at the water’s edge. The Severn is stained with cold clay after overnight rainfall. This place was once a wharf where sandstone was transported down the river. Like the quarries, the wharf is now abandoned, and the sandstone blocks have been colonised by the lower plants that once ruled the world.

For anyone with an interest in the natural world, the Lapworth Museum of Geology is an inspiring place. The museum is free to enter and there is a train station within walking distance (Birmingham University Station). Why not pay a visit this month? For more details please visit birmingham.ac.uk/facilities/lapworth-museum.

Ed would like to thank the team at the Lapworth Museum of Geology for their assistance with this article.
Edward Andrews, MSc.

Winner of the Broseley Citizen of the year award is Julia Sockett.  Julia was nominated for her contributions to the town and its community throughout