Life was hard – On the slopes of the stiperstones 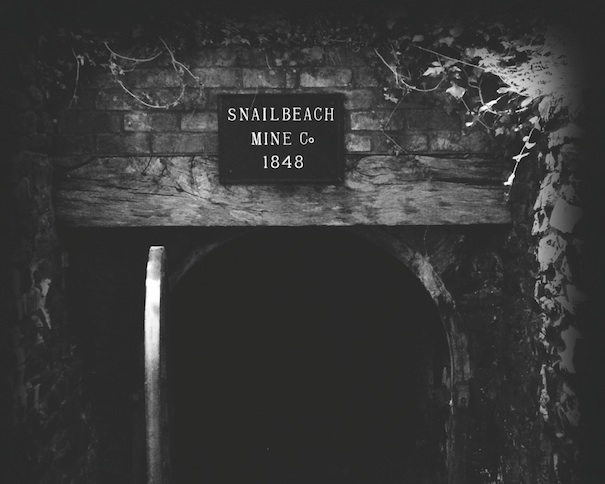 Life was soft and pastoral on my side of the Long Mynd; but cross the Mynd, drop down from the Stiperstones into the valley below, and one discovers a post-industrial area. From Minsterley to Hyssington, random ruined mine buildings adrift in fields, pepper the landscape; testimony to the area’s extensive mining heritage. There is conclusive evidence that the Romans mined this area for lead around AD 117 and historical records from 1179 onwards show there were mines at The Bog, Shelve, and Grit.

Today it’s the Snailbeach Mines that I am bound. Records first mention Snailbeach Mine around 1552, but things got serious around 1761 when a series of shafts were sunk and a warren of tunnels spread in all directions. Over 500 tons of lead ore were mined that year, no doubt to the delight of the Marquis of Bath of Longleat, who owned Minsterley
Manor and granted leases for the mines, receiving handsome royalties.

The now peaceful valley was hellish in the 18th and 19th centuries. The Nags Head Colliery in Pontesford mined coal which fed the smelting works, (turning the ore into lead), and coal was sent up the valley by cart initially and later via the inhabitants’ health and poisoning livestock by coating grassland with lead particles. The lifespan of those working in the smelting works was short and brutish. It wasn’t until 1832 that two chimneys were built in an effort to divert to fumes away from the village.

Working conditions for the Snailbeach miners were considered to be good. Coal miners of the era habitually worked in cramped wet conditions, their tunnels often only 2 feet high, constantly inhaling coal dust. By comparison, Snailbeach’s tunnels were 7 feet high, the mines were not wet and were well ventilated, so the air quality was good.

Not that life was a picnic. Miners worked eight hour shifts underground or twelve hour surface shifts, six days a week: first shift at 6am. Snailbeach employed over 200 workers
and squatter’s houses sprang up abundantly, but many miners had to walk considerable
distances, often arriving wet and tired, to face a 30 minute climb down shafts to reach their tunnels, using either wooden or more often very Snailbeach District Railway to power machinery at the other mines. The smelting works in Pontesford blanketed the surrounding area day and night with noxious fumes, including arsenic, damaging tricky chain ladders. Some shafts at Snailbeach were 1200 feet deep. After hours of hard labour, miners had a 60 minute climb back up, followed by a long walk home. Boys as young as ten were working down the mines.

The eventual installation of a system of two cages operated on a winding system, to transport the miners down the 1200 foot George’s Shaft, proved a mixed blessing. At 6am on the 6th March 1895 seven miners were descending in a cage when one of the steel winding ropes broke, plunging the cage to the bottom on the shaft. The 7’6” cage was compressed to 18”, creating seven widows.

Life was no easier for the women. They had to keep house, tend gardens and livestock, cook meals and work four hours a day at the mines, “dressing” the lead ore which their men had mined. This involved breaking up the lead ore into smaller pieces using a flat headed hammer, removing any rock: the mine owner would not pay for lead ore with rock attached. Often the women would be helped by children as young as five.

Mining ceased at Snailbeach in 1955 and the buildings gradually sank into disrepair. This piece of local heritage may have been lost to future generations, but for a resurgence of interest in industrial archaeology in the 1980s and 1990s.

In 1996 the Shropshire Mines Trust Limited (now the Shropshire Mines Trust 2011) was set up, working with Shropshire Council to preserve and manage the site. The Snailbeach Mine site is run by volunteers, so opening times are limited – check the website for details www.snailbeachmine.org.uk. At certain times fascinating tours of surface and underground workings are available, conducted by knowledgeable guides. Individual group tours can also be arranged, contact Peter Sheldrake at 11 Brook Road, Pontesbury,SY5 0QZ, telephone 01743 790613 for details.