A bear for all ages 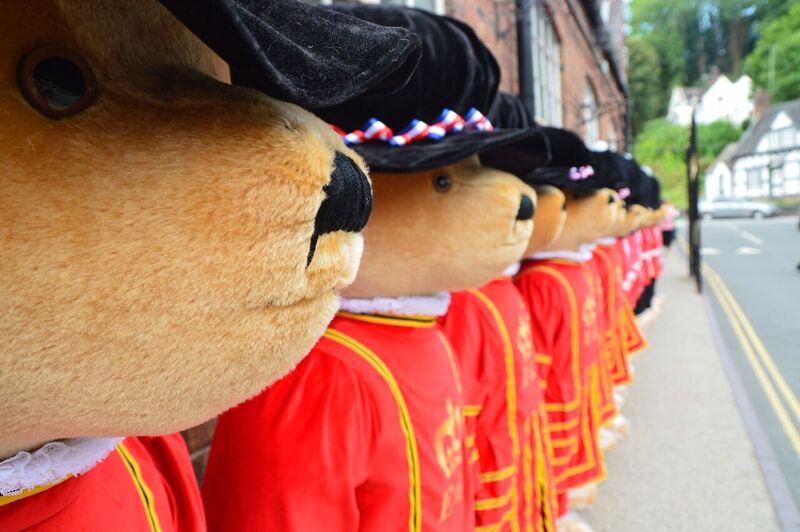 Who can forget their first teddy bear? As Ironbridge firm Merrythought’s bears are immortalised both in a Royal Mail stamp and in the film Goodbye Christopher Robin, WW! takes a look at one of our great local heritage stories.

Merrythought’s quintessentially British teddy bears have been handcrafted in Ironbridge since 1930. The founder of the company, Gordon Holmes, was the owner of a spinning mill in Yorkshire when he realised the possibilities of using mohair – the fleece of the Angora goat – in the production of soft toys. Published in 1931, the first catalogue revealed an eclectic range of 32 soft toys, including the original Merrythought teddy bear, upon which the patterns many of today’s designs are still based. 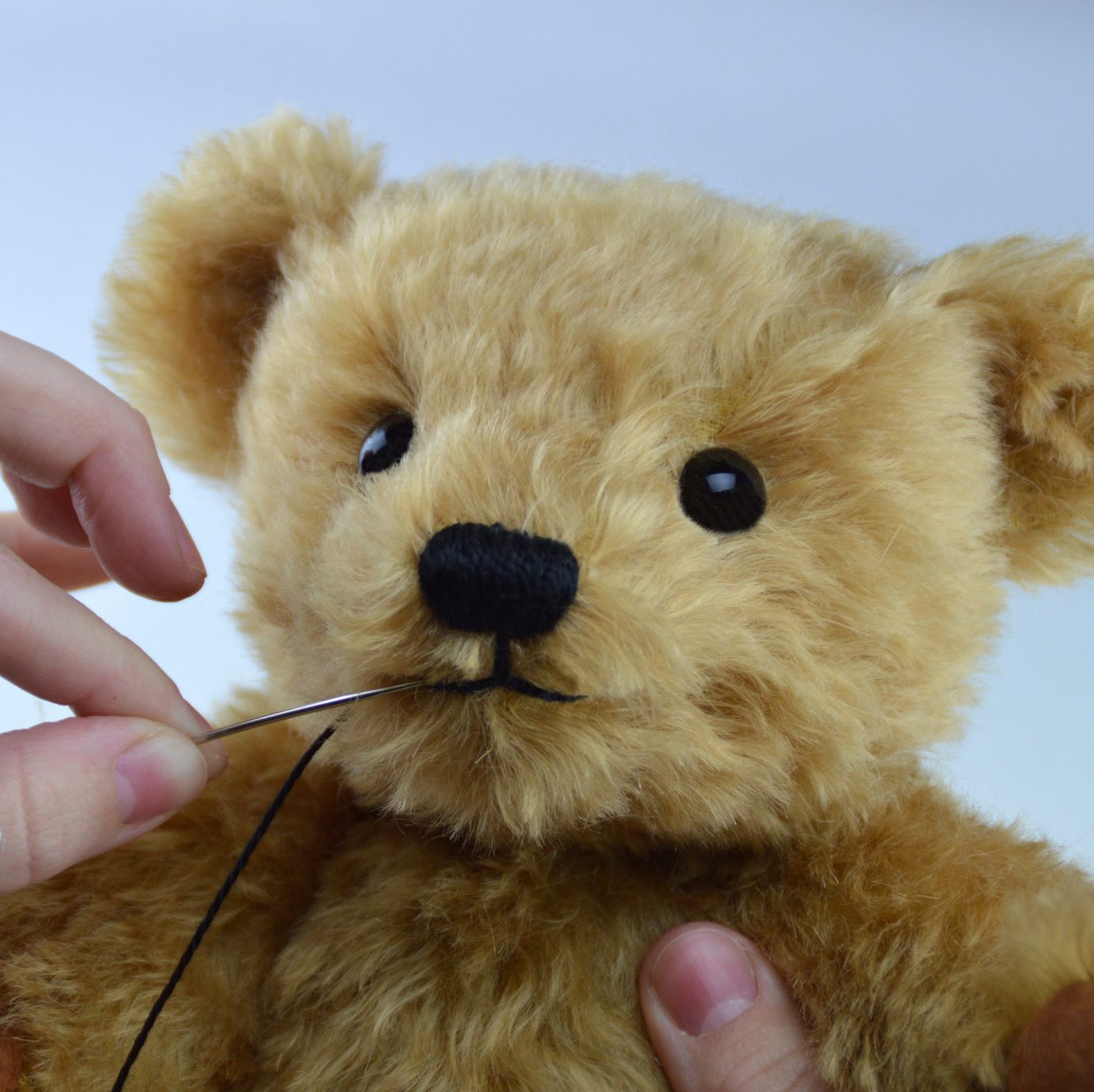 Keeping it in the family

“The teddy bear remains a toy that’s loved and cherished by children and adults alike,” says Sarah, whose pride in her bears is evident. And she and her team are delighted that their bears have been selected to feature in a new range of classic British toys and games featured on beautifully styled Royal Mail stamps 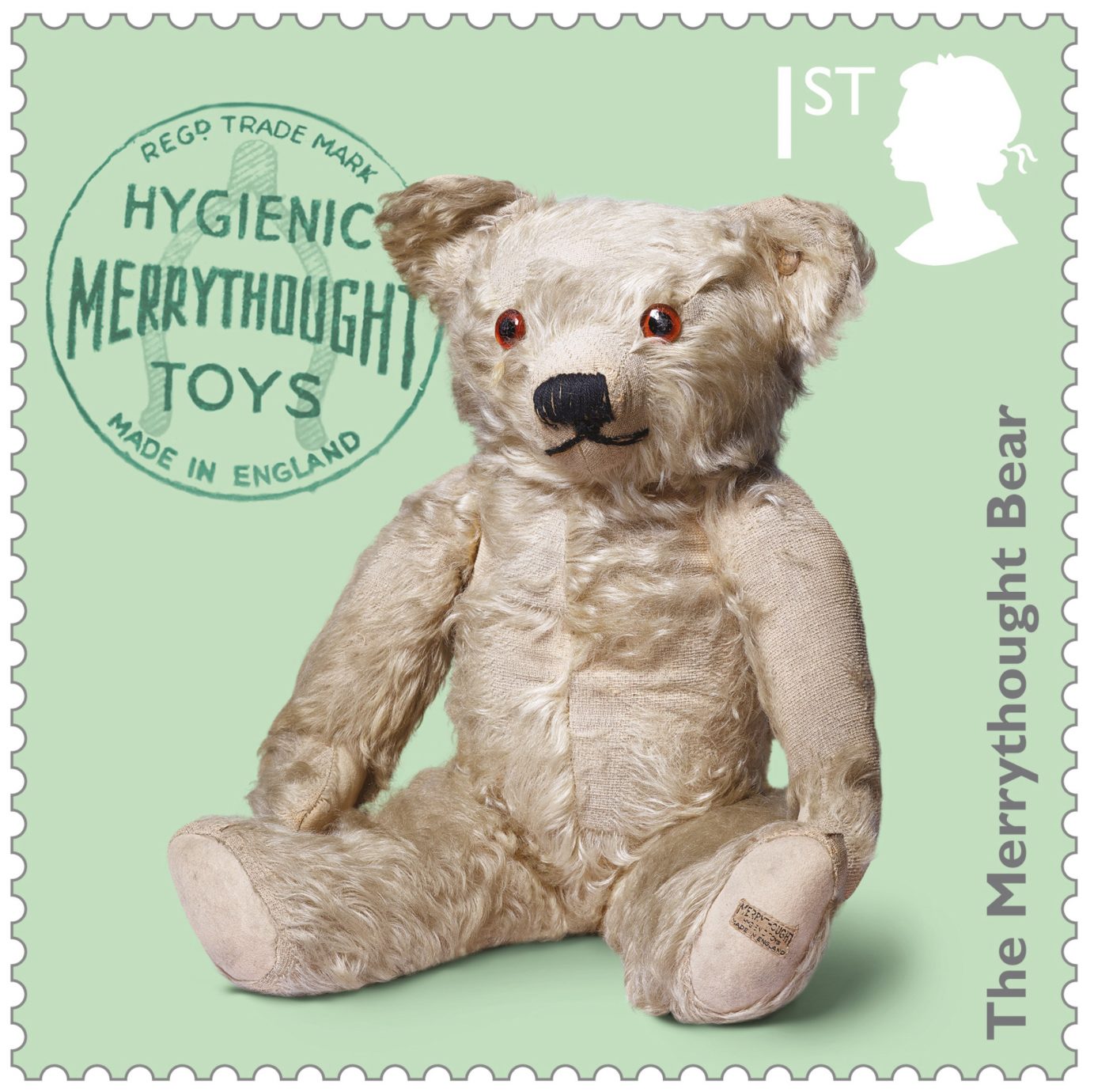 The Classic Toys stamp set celebrates some of the best-loved toys from the last 100 years. It looks back at the heyday of the British toy industry –a magical era that shaped childhoods across the generations – and also features Sindy, Space Hoppers, Fuzzy Felts, Meccano and Hornby trains.

Sarah says, “We feel so honoured to have been chosen to be part of such an iconic collection and are incredibly proud of our British heritage and the impact Merrythought has had on the British toy industry.”

In a time where there is an oversupply of cheaper ‘throw away’ toys together with significant changes in technology, design and choice, it appears that there is a move back towards toys with more substance and longevity. Merrythought have started to see a revival of traditional toys in general, with old-fashioned wooden toys and games returning to the high street along with the iconic bear.

And so when Fox, makers of Goodbye Christopher Robin, wanted to recreate the original Edward bear – the much-loved teddy owned by Winnie-the-Pooh creator AA Milne’s son, on whom Winnie is based – they approached Merrythought as one of the few true heritage manufacturers of mohair bears. Keen to oblige, Merrythought created ‘Edward’ and even made two gigantic bears, which stood in pride of place at the head of the red carpet during the film’s London premiere. 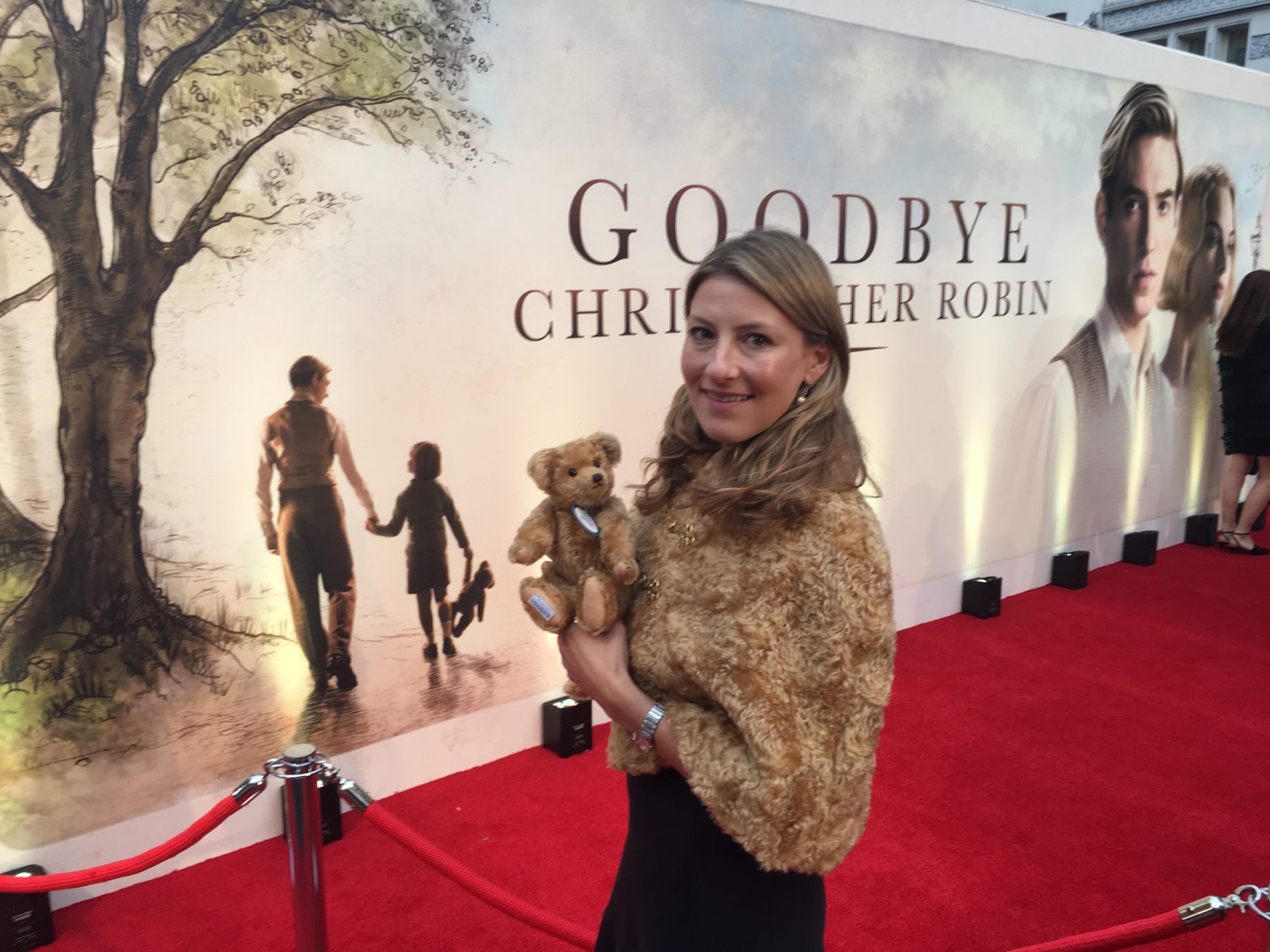 The film stars A-listers Domhnall Gleeson (The Revenant), Margot Robbie (The Wolf of Wall Street) and Kelly Macdonald (Trainspotting), and follows Milne, his family, and his furry creation. Sarah, who attended the film’s premier, had a unique outfit for the event with a cape made of the same mohair that was used to create the bear.

“We were delighted to be approached by Fox Productions,” she smiles. “By chance, the original Edward bear was made by the Farnall brand, which is now owned by Merrythought.

“It was such an honour to be invited to the premier, and testament to the hard work of the staff who had worked to design the perfect Edward for the film. We just hope people who see the film also fall in love with Edward.” 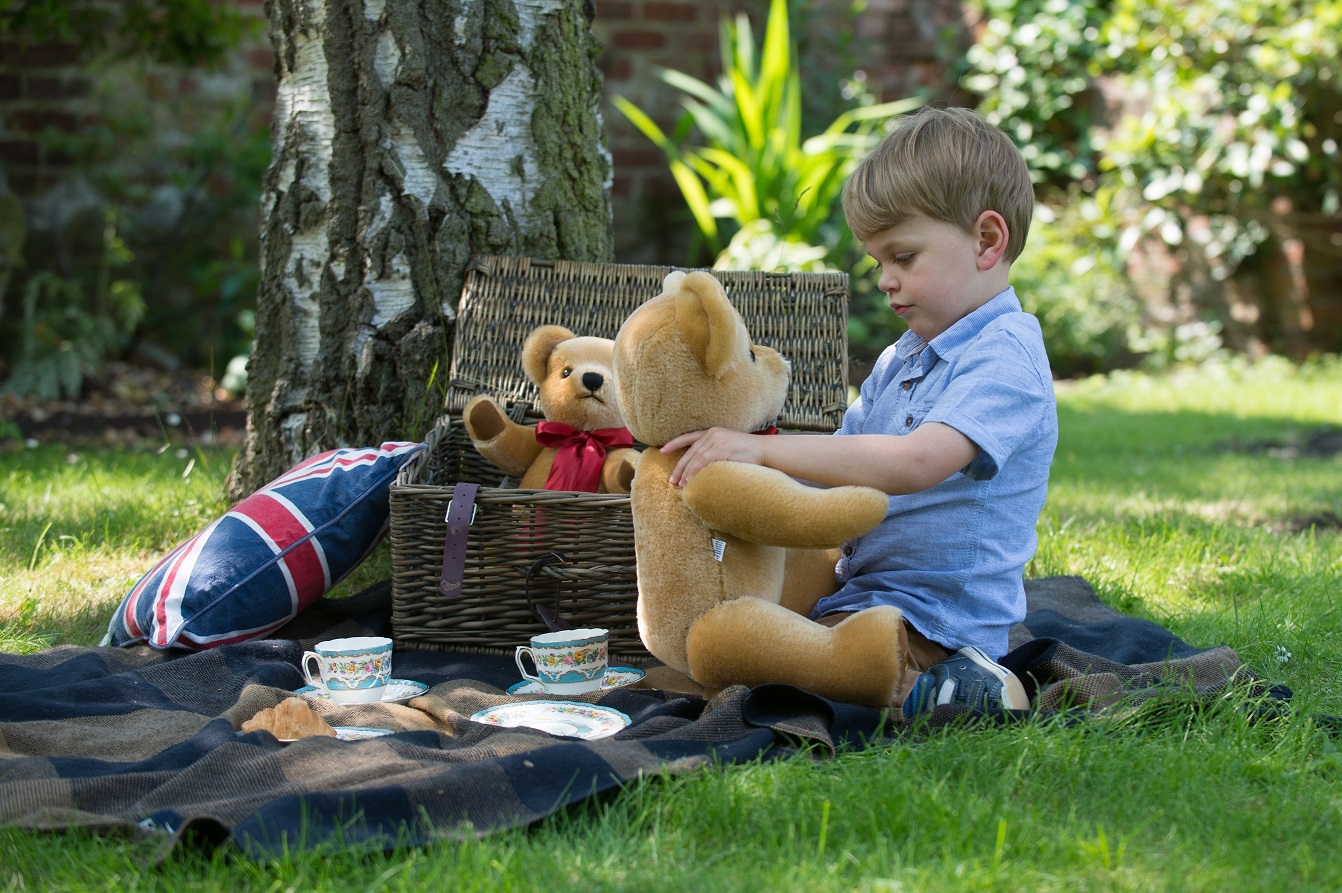 A special edition Edward has now gone on sale, both at the shop in Ironbridge and on the Merrythought website. Every year, thousands of bears are bought for gifts and by collectors while the factory also supplies high-end retailers such as Harrods and Fortnum & Mason.

Although times have moved on, it is wonderful to see some of the best-loved toys from the past celebrated on stamps and on the big screen… and that one Shropshire company is ensuring that children of today can still love and cherish one of the world’s most iconic toys.