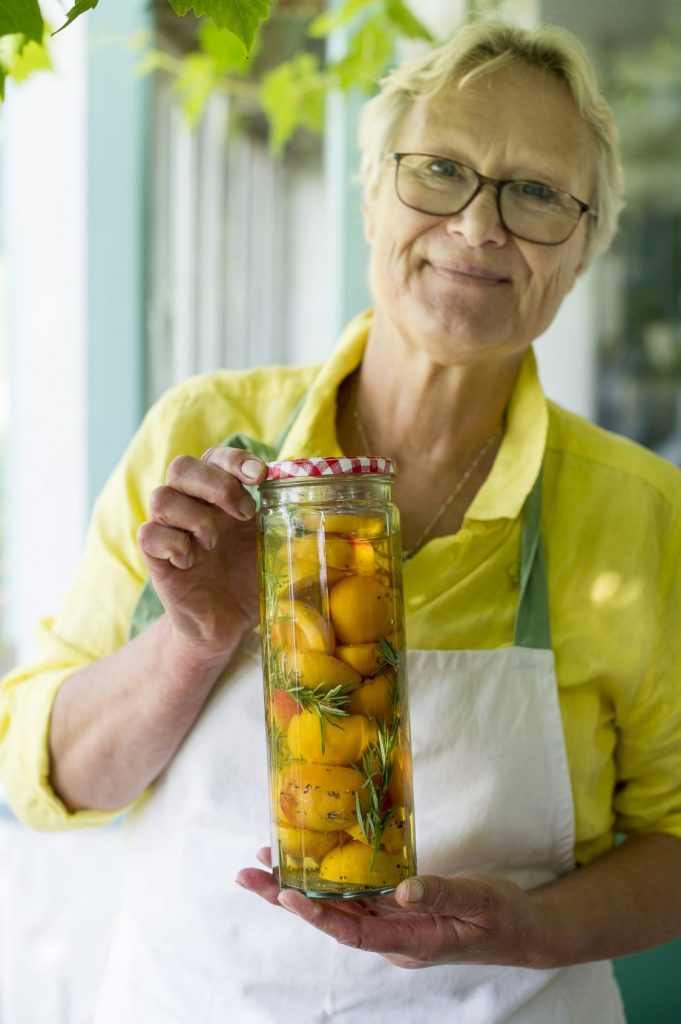 Pam Corbin is the expert who professional cooks consult when they want to make jams, jellies, marmalades, chutneys, pickles or anything else to do with preserving. They know her as ‘Pam the Jam’, and this book is the culmination of her years of experience, distilled into more than 100 tried-and-tested recipes. Her jams, marmalades and fruit spreads contain far less sugar than traditional recipes, which means that they taste astonishingly fruity and delicious. Likewise, her chutneys and pickles are lighter and sprightlier than the old-fashioned kind. 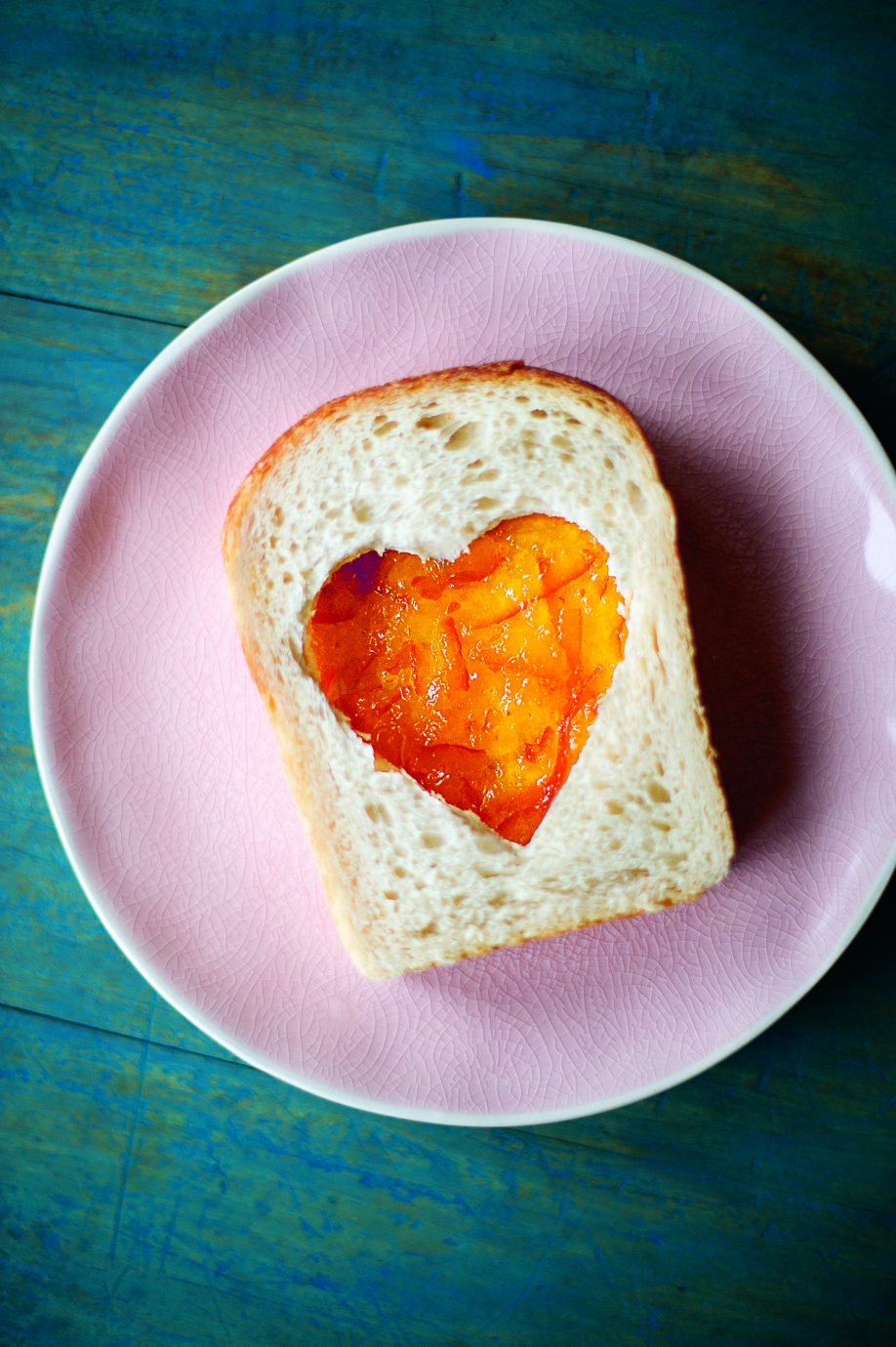 This shortcut recipe is a real boon for anyone who misses the Seville season, doesn’t have time to slice and dice, or who runs out of home made marmalade halfway through the year. It relies on tins of ready-to-use Seville orange pulp, which are widely available in shops and are a very decent standby for fresh fruit. The pulp is made from the freshest of oranges, cooked just to the point when the peel is soft and ready to be turned into marmalade. However, I do not favour the recipe given on some tins of pulp because it has too much sugar for my taste, and you end up with marmalade that has a very sweet gel and only a smattering of peel. This is my adaptation, which includes jam sugar to ensure the marmalade will set.

From start to finish the recipe will take less than half an hour to make, and the marmalade has a delightfully fresh Seville flavour to boot.

Turn out the pulp into a large heavy-based pan and add the water, lemon zest and juice, stir to combine.

Place the pan over a gentle heat and bring to a simmer. The mixture will be thick so keep stirring, paying particular attention to the edges of the base of the pan. Sprinkle in the sugar a third at a time and stir until completely dissolved. Bring to a steady boil for 8–9 minutes, stirring occasionally until the mixture feels thick and is semi-opaque. Remove from the heat. There is no need to check for setting point as this mixture contains plenty of pectin.

Tip the mixture into a wide-necked jug with a good pouring lip, then fill the sterilised jars to the brim. Seal immediately. Invert the sealed jars for a minute or so, to ensure the lids are sterilised, before turning the right way up and leaving to cool. 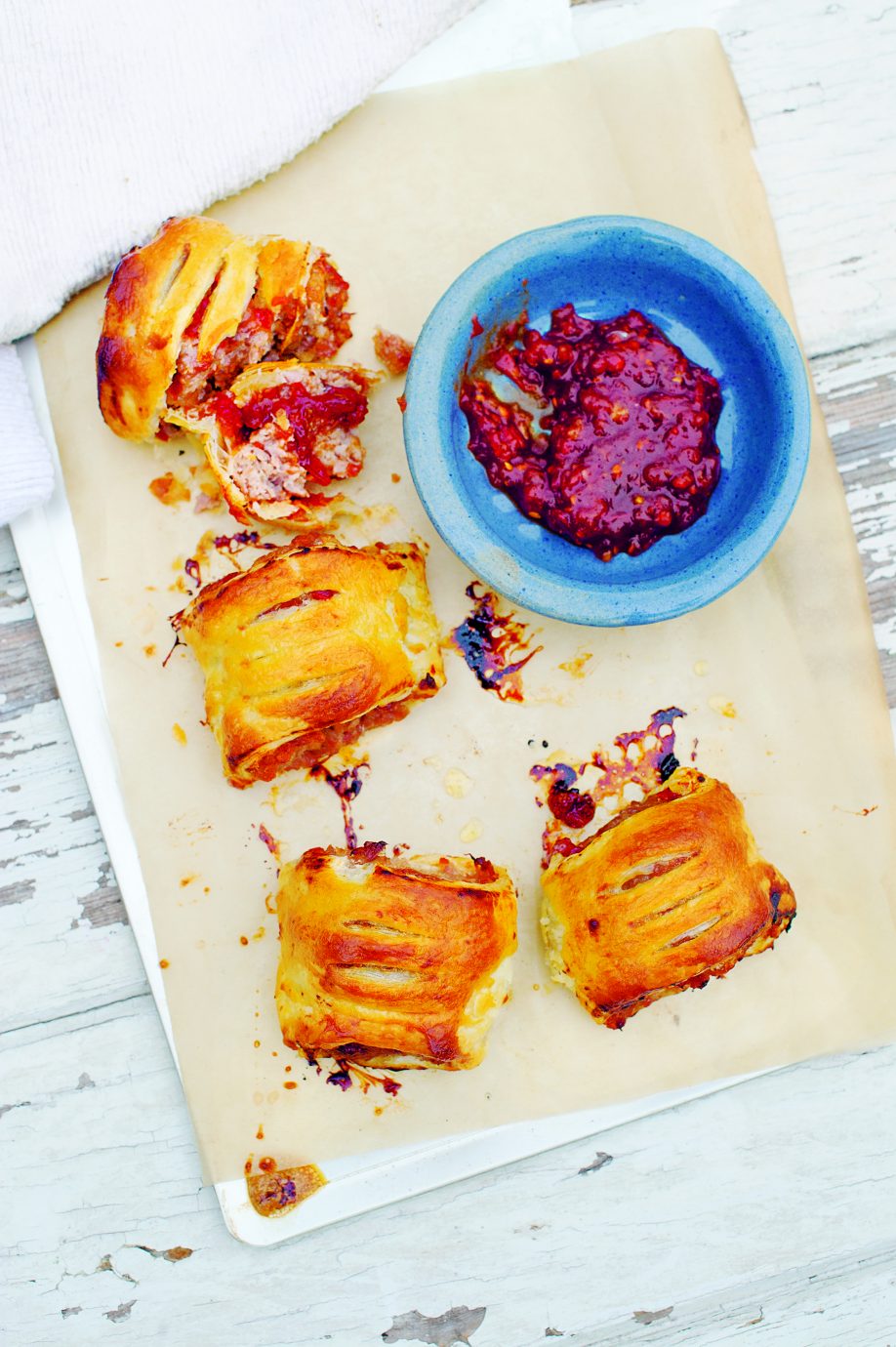 Tangy jam is a quick way to deal with a bargain bagful of tomatoes from a market or shop, or a glut of home-grown produce.

Regard this as a mother recipe, very easy to adapt by bringing in other flavours. You can spice it up by adding a couple of teaspoons of ground coriander or crushed fennel seeds along with the sugar; or stir in a spoonful of Thai fish sauce or anchovy essence towards the end of cooking; or add a couple of tablespoons of chopped basil or coriander leaves at the end of cooking.

Mix the jam into cream cheese as a dip for crunchy batons of cucumber and carrot; spread a little over pizza bases or use it to make sausage rolls; serve it with fishcakes or crispy-skinned chicken; or spread it into sandwiches.

Place the pan over a medium heat and bring to the boil, stirring occasionally. Sprinkle in the sugar, stirring until it has dissolved. Then reduce the heat to a gentle simmer for about 30–40 minutes, stirring from time to time, until the mixture has reduced by roughly half to a richly coloured, glistening jam. Remove from the heat and season with the salt. Meanwhile, sterilise your jars and twist-on lids.

Spoon the chutney into the warm jars, filling to the brim, and seal immediately.

Store in a cool, dark, dry place for up to a year. Keep in the fridge and use within 3–4 months once opened. 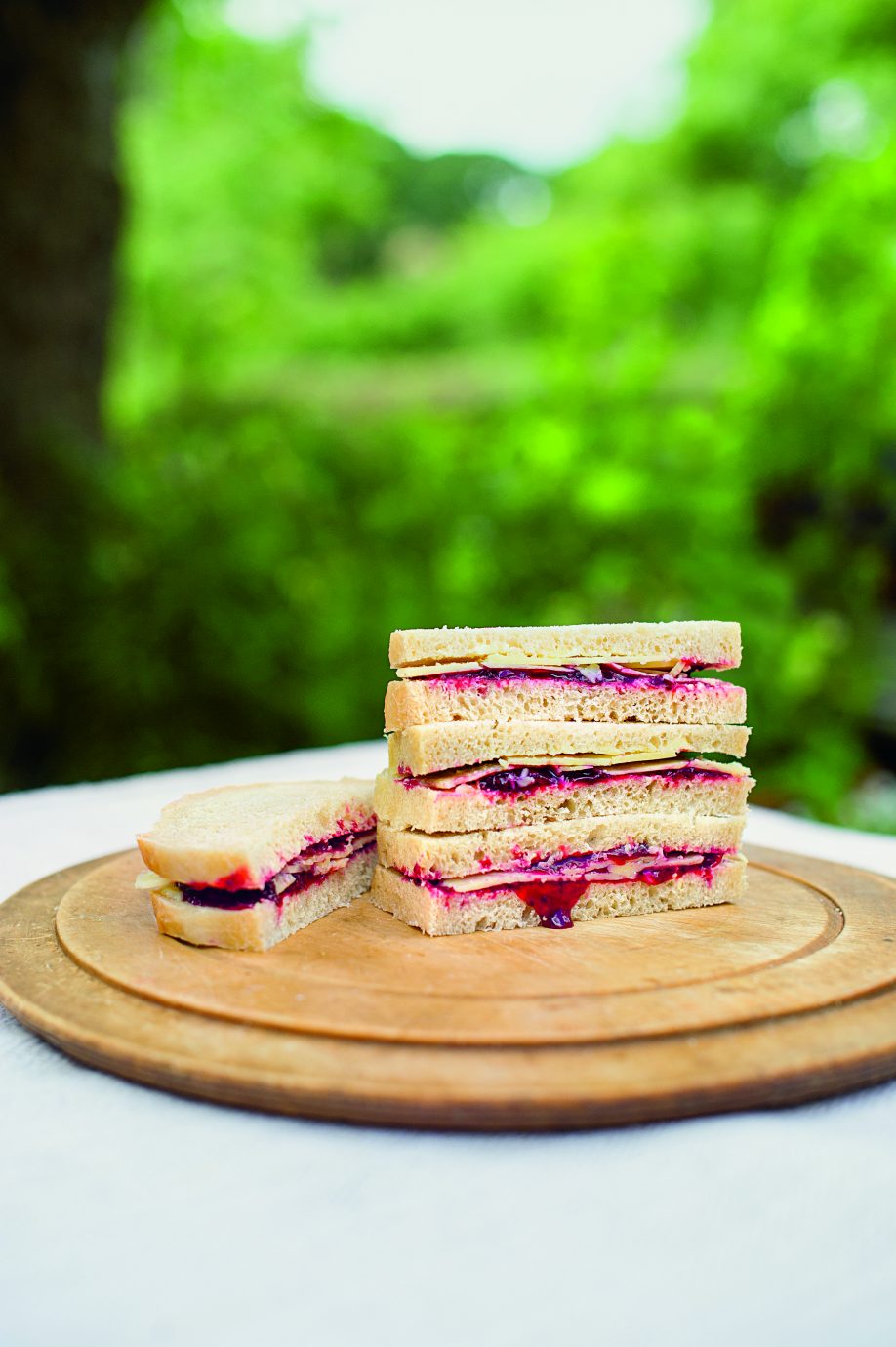 Blackcurrant season stretches from July to August; it’s quite acceptable to buy them frozen online outside this time, as usually they will have been picked at their peak.

As with all currants and other fruit with semi-tender skin, you need to lightly poach blackcurrants in order to soften the skin, while keeping them whole and succulent. Do this before the sugar is added or the skin will toughen and become leathery.

Blackcurrants are relatively acidic and you don’t need to add any lemon juice to this recipe in order to help the jam set.

You can use this method, with the same ingredient quantities, for gooseberries, jostaberries (which are a cross between a blackcurrant and a gooseberry) and other similar berries or currants.

Sterilise your jars and twist-on lids in a water bath (see page 19). Leave in the pan until ready to fill.

Rinse the blackcurrants in cold water and pick over to remove the stalks and any damaged fruit. Put the currants in a roomy heavy-based pan or preserving pan with the measured water. Poach very carefully over a low heat for 5 minutes, or until the skins are soft, shaking the pan rather than stirring to prevent the currants breaking. Remove from the heat.

Combine the sugar and pectin thoroughly then sprinkle over the cooked currants, shaking the pan to distribute evenly. Return the pan to a medium heat and bring to a simmer for 3–4 minutes – the jam will quickly thicken and turn glossy as the sugar and pectin dissolve, so keep stirring carefully and thoroughly to prevent it catching on the base of the pan. Remove from the heat.

Using tongs, carefully remove the jars from the water bath and put them on a folded tea towel or wooden surface. Tip the mixture into a wide-necked jug with a good pouring lip, then fill the waiting jam jars to the brim and seal immediately.

Return the jars to the water bath so they are completely immersed, and bring to a simmer for 5 minutes. Carefully remove the jars from the pan and leave to cool on a folded tea towel or wooden surface.

Store the jam in a dark, cool, dry place for up to 9 months. Keep in the fridge once opened and eat within 3–4 weeks.