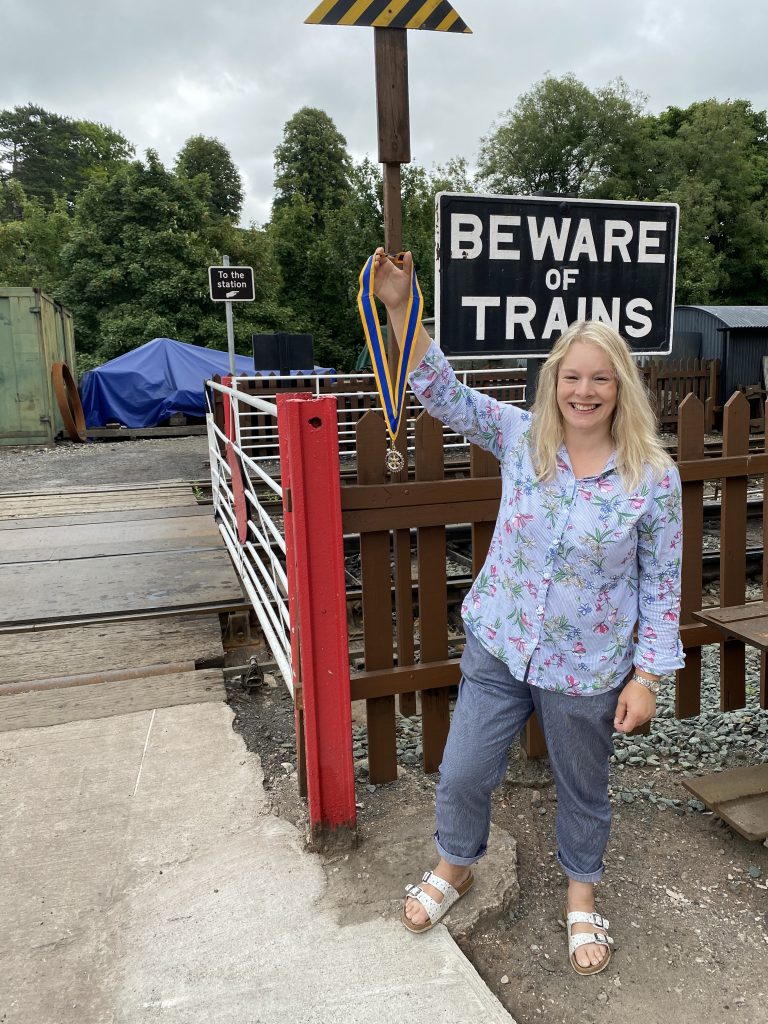 Bridgnorth Rotary Club has elected the first woman president in its 77 year history.
Amanda Johnson has succeeded Robert Davies in the role, the handover evening taking place as a virtual meeting on Zoom.It has been a rapid rise to the top for practice nurse Amanda, who only joined the club four years ago. She was persuaded to attend by husband Vic, a local architect and fellow Rotarian.
“Vic had been invited along to a meeting as a prospective member and he said to me ‘if I’m giving up my Wednesday evenings, you can too’,” Amanda recalls with a smile.
She was the lone woman member back in 2016, but was soon joined by Vanessa Voysey and they are playing their part in reshaping Rotary’s traditional image as a male preserve.
“My aim for the year is to try to attract some new, younger members and hopefully to show women that Rotary can be for them too,” says 53 year-old Amanda, who has two sons and two daughters, aged between 18 and 25.
She says the club’s 22-strong membership have been hugely supportive from the day she joined the club.“They have been so welcoming, absolutely super.”
Amanda had a year running the club’s membership and events committee, followed by a year running the charity committee, to prepare her for the top office. “I’m a team player and that will be my style of leadership,” she says.
Like everyone else, Bridgnorth Rotary Club has had to get used to a new way of doing things during the coronavirus lockdown. Rotary District decreed a halt to face-to-face meetings in March so regular club get-togethers have been via Zoom.

“I’m a team player and that will be my style of leadership,” she says.

“We have organised some interesting speakers such as a couple from the West Country who celebrated their Golden Wedding with a Land’s End to John O’Groats challenge and they talked about their experiences of Rotary. Then we organised a talk by the High Sheriff of Shropshire Dean Harris.
“When lockdown started Robert promoted weekly Zoom meetings as a means of retaining contact as a group, planning future events, and agreeing donations and I’ve continued that.”
The advantages of meetings via technology are that interesting guest speakers can be brought in from anywhere in the world. Amanda, herself, has been enlisted as a speaker by a Rotary Club in Somerset, to talk about being a woman president when the vast majority in the role are still men.
Amanda and Vic moved to Bridgnorth from Hertfordshire in 2000. She trained and worked at Addenbrooke’s Hospital in Cambridge and continued her career at Bridgnorth Hospital for 5 years, before becoming a practice nurse locally, a job which she loves.

Bridgnorth Rotary Club was founded in 1943 – the year of the Dambusters Raids and the release of the film We’ll Meet Again starring Vera Lynn. The club was exclusively male until 2011 when members voted to be more inclusive and introduce female members.“
A couple of ladies joined then but had left by the time I joined,” Amanda says.
In her busy four years of membership, Amanda has not only embraced the club’s established programme but helped to introduce new events such as charity fashion shows at the town’s local M &Co to raise money for Bridgnorth Food Bank and West Mercia Search and Rescue.
She adds, “Although I have started my year in rather challenging times as our usual programme cannot operate, we are looking at finding new ways to raise funds for charity and other good causes. I do have very good support from my fellow Rotarians and am avidly following inspirational Rotarians on-line to pick up new ideas.
“We are, as always, interested in new members. It may appeal to service minded people who have actively volunteered during the Covid-19 pandemic.”