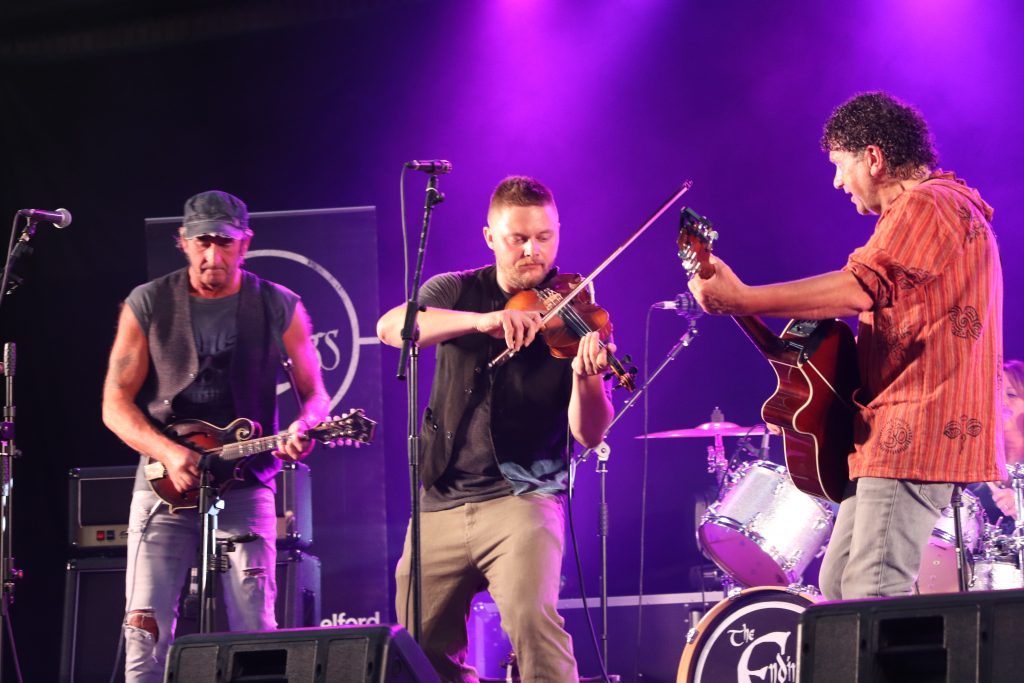 A new online event celebrating the best of Shropshire and organised by a group of local charities has so far raised over £20,000

The Shropshire Virtual Show took place last Saturday and received more than 4500 visits to its website and 17000 views of the live evening performance.

Visitors were treated to 75 performances, films and workshops, which were streamed across eight online arenas and included cooking demonstrations from celebrity chefs, a film about a magical equestrian tale, plus exclusive interviews and behind-the-scenes videos with world-class sportspeople.

The show concluded with a music concert featuring local artists and live-streamed from the Cavalier Centre in Much Wenlock, one of the charities organising the event. All the equipment, lighting, staging and live-stream was kindly donated by SASS and MicroVideo.

The amount raised will be divided between The Cavalier Centre, home of Perry Riding for the Disabled, and four other Shropshire charities: League of Friends to RJAH, The Movement Centre, Dog A.I.D. and Shropshire Rural Communities Charity.

Selina Graham, of the Shropshire Virtual Show committee, said: “We are thrilled that so many people spent their Saturday enjoying the different arenas’ entertainment, shopping with local businesses and supporting the charities that have worked so hard to put this event together.

“We would like to say a big thank you to all the performers, judges, stallholders, sponsors and every single person who has given their time to make the show the success it was.

“It is truly heartening to see people and organisations in our county come together and create something that not only makes the best of difficult circumstances, but that offers a platform to potentially entertain people, showcase Shropshire talent and raise money for good causes for years to come.”

Celebrity chef Adam Purnell’s film on the main stage saw him rustle up a Caribbean style stuffed leg of lamb on his BBQ using Shropshire’s finest produce. He said: “Like a lot of chefs my plans this year were put on hold, so it’s been a joy to have the opportunity to teach and share how to put a meal together again, and to do so in support of the Shropshire Virtual Show.

“It was great to see people really embrace the idea of being at a virtual event and I’m happy I could play a part in entertaining them, and hopefully encouraging them to donate to some very worthy causes.”

Away from the main stage, some of Shropshire’s best-loved tourist attractions invited people behind-the-scenes to see their inner workings in the ‘Through the Keyhole’ area, while the music tent, sponsored by Shrewsbury-based specialised care provider, Marches Care Ltd, continued the theme of highlighting local talent by featuring performances from artists including Lauren Hughes, Beth Karp and Tiny Towers Music.

Mandy Thorn, chair of the Marches Care board of directors, said: “Charities have been hit incredibly hard, not least because of the huge restrictions placed on their methods of fundraising over the last few months. They have had to adapt and find new ways of reaching out to those willing to put their hands in their pockets.

“We were absolutely delighted to support the music tent at the Shropshire Virtual Show, and we’re thrilled it has been an enormous success, bringing some cheer to the county as well as much-needed funds to some exceptional charities.”

Members of the public – and their furry friends – also had the chance to be centre stage in the show’s public competitions, with all 500 entries for the dog show, horse arena, arts & crafts tent and ‘Shropshire’s Got Talent’ showcased on the website.

And a shopping village of over 150 local businesses was enjoyed throughout the day, with visitors taking advantage of the exclusive show-only discounts.

If you missed the Shropshire Virtual Show and would like to help the charities reach their £40,000 target, the arena content and shopping village will be available to access until 31 August at www.shropshirevirtualshow.com