Pearl of a Project 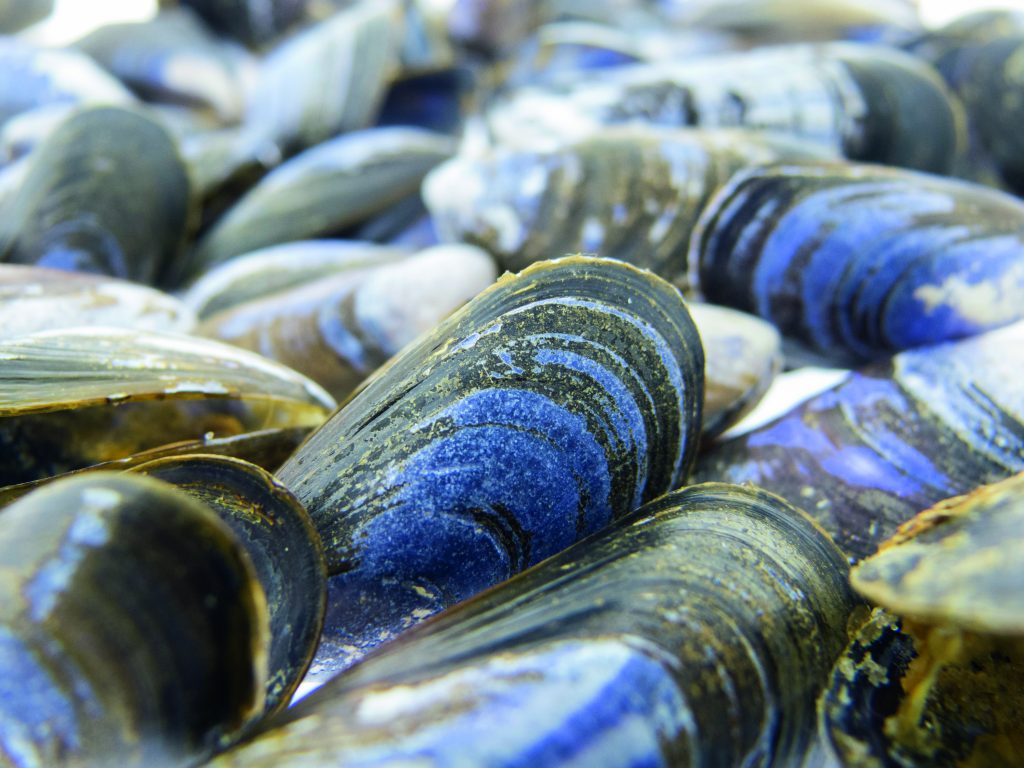 For this edition of the Wildlife Diary I am somewhere near the border between Shropshire and Herefordshire on the banks of the River Clun. I can’t reveal the exact location because this stretch of river is home to some internationally endangered creatures. It is one of only three Special Areas for Conservation in England for the freshwater mussel pearl, a type of bivalve mollusc. Should a foreign object such as a parasite enter the shell, the mussel automatically secretes a substance called nacre. This builds up in layers around the object, protecting the mussel. The nacre contains calcium carbonate and it is this process which leads to the formation of a sparkling pearl.

At just over 30 foot wide, the Clun is a small river. The boughs of bankside trees meet in the middle of the river, forming a green archway through which the water twists and turns. On the evening that I visited, I listened to the rain droplets falling from the leaves into the river, each with a slightly different pitch. In a shallow, sunlit section I could see a gravel bed. The presence of river gravel is key to pearl mussel breeding. 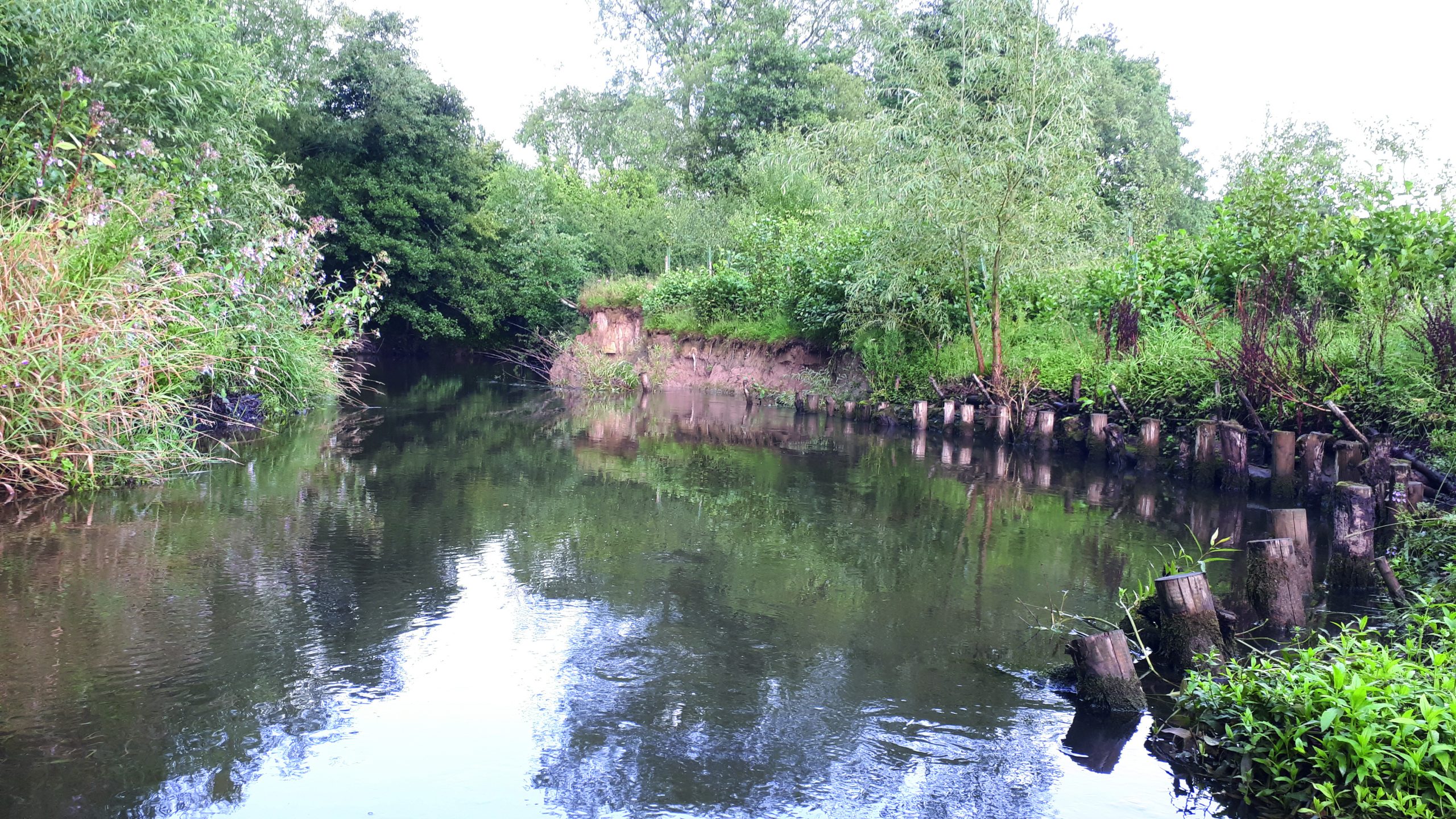 Section of riverbank with willow revetment

Autumn signifies the end of the spawning season. The tiny mussel larvae that are ejected by the adult mussels will spend the winter attached to the gills of fish such as brown trout and salmon. The following spring, the larvae will drop from the fish gills into the river gravel where they will slowly grow into adult mussels. Incredibly some mussels can live over 250 years.

My visit has been inspired by a conversation with colleague Mike Kelly, Natural Environment Officer with the Shropshire Hills AONB Partnership. He is something of an authority on freshwater pearl mussels on the Clun. He described the population as ‘functionally extinct.’ When the last assessment was undertaken, it was found that the youngest mussel was about 50 years old. This suggests that for the last 50 years there has been no successful recruitment of juveniles. The numbers of mussels have dropped to less than 1,000. In the 1500s, there would have been millions of mussels in the Clun. 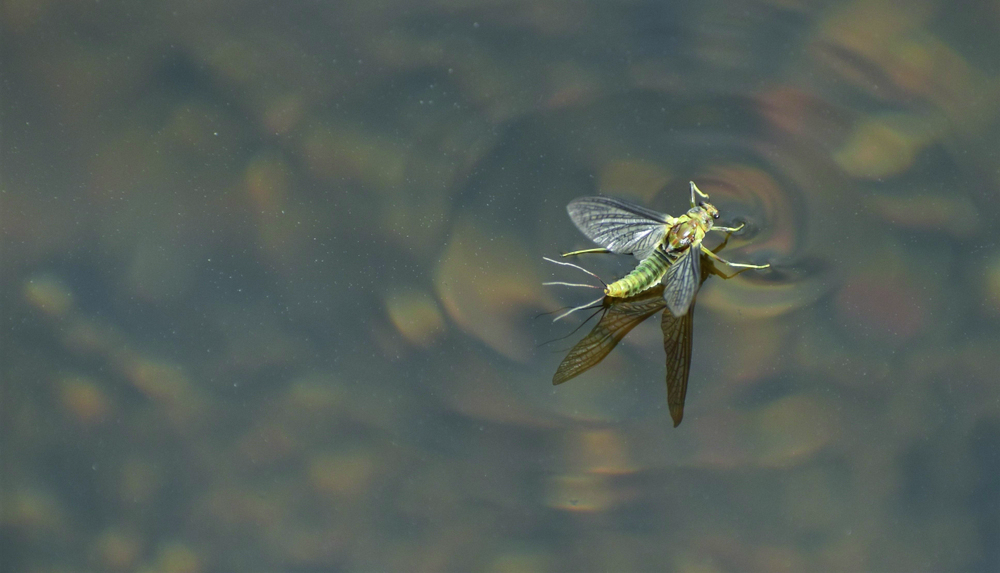 Mayfly sitting on the surface of the water

As well as being a depressing outlook for any form of wildlife, the loss of pearl mussels from the river also has wider implications. Mussels extract tiny food particles from the water. Their role as a filter feeder means that a single mussel can filter up to 50 litres of water a day. This creates clean water for mayfly larvae and other invertebrates. In the summer months, the winged bodies of mayflies fall to the water surface after mating to be gobbled up by hungry trout. On the gills of the trout live the juvenile mussels.  If you pull at one thread of life on earth, you quickly realise that it is connected to many other threads. 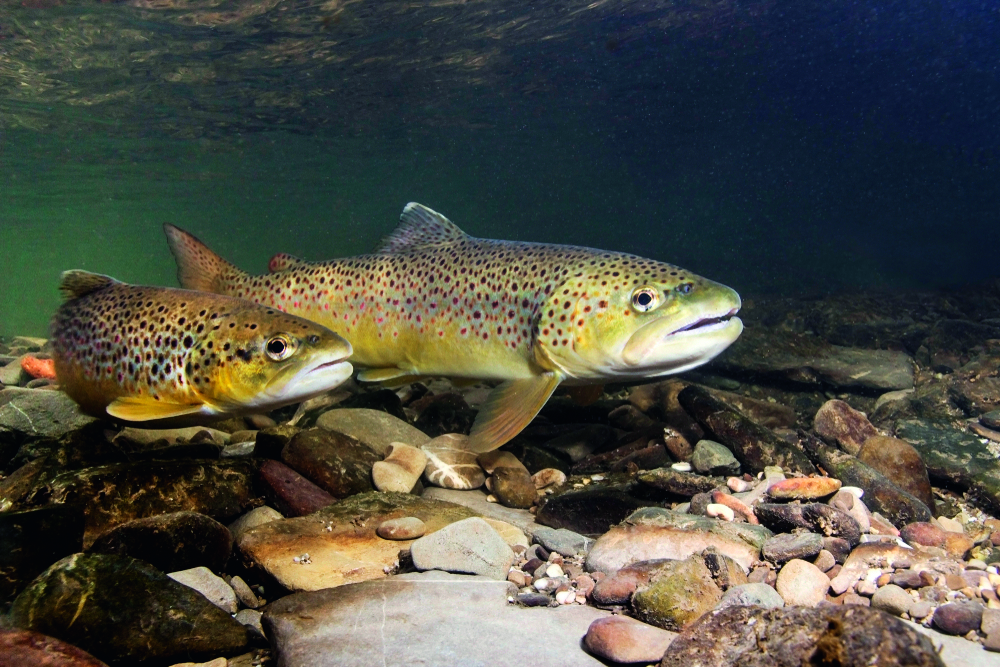 The main reason for the decline of pearl mussels is the increase in soil and sediment entering the water. This can be caused by agricultural practices or run-off from lanes and tracks. Too much silt in the water blocks up the gaps in the river gravels that the juvenile mussels require. Elevated nutrient levels in the water from fertilisers and other sources can also cause algal blooms, reducing oxygen levels and causing further problems for mussels and other wildlife.

There is some hope for the Clun pearl mussels. The River Clun Recovery Project and its successor project Unmuddying the Waters (funded by the Environment Agency) has enabled extensive work to be carried out along the Clun to benefit pearl mussels and other river wildlife.

I reach a section of river where willow has been driven into the water and woven along the bank. The willow is now growing, making a living revetment. This is a great way of stabilising sections of loose riverbank that would otherwise crumble into the water.

Incredibly some mussels can live over 250 years…

I can also see that alder trees have been coppiced and saplings have been planted. Another problem facing the mussels is a tree disease called Phytophthora. This is killing alder trees growing on the banks. The alders create shade for the mussels as they are sensitive to changes in water temperature. Managing alders by coppicing and planting young saplings should help to keep Phytophthora at bay.

As well as facilitating habitat management works, project partners including the Environment Agency and Natural England have facilitated captive breeding of mussels. The mussels will eventually be released at two other sites on the Clun where, with ongoing habitat improvements, conditions should become suitable for successful establishment.

The Clun is a small and energetic river characterised by sweeping meanders. It seems to be going nowhere fast. An evening wandering alongside a river like this is always time well spent. A hawthorn at the waters edge is flushing scarlet with fruit. Towering poplars and stag-headed oaks adorn the riverside pasture. A sheep-nibbled alder tree has withdrawn into a twisted arch. Beyond the trees, an autumn mist is beginning to settle over the dark neverland of the Clun forest, one of the loneliest places in the land.

The Freshwater Biological Association is responsible for the captive breeding of Clun mussels. The organisation has a specialist facility in Cumbria. For more information, take a look at its fascinating webpage at:

If you are able, why not consider a small donation through the webpage to help continue this costly but important work.

The River Clun Recovery Project was hosted by the Shropshire Hills AONB Partnership and funded through WREN and other partners. Project officers were Mike Kelly and Alison Jones. Thanks to the team for their help with this article.

A Bridgnorth initiative launched to help businesses look beyond lockdown is proving successful, with some creative partnerships being formed as a result. Bridgnorth-based consultancy Good2Great

Some of the world’s leading acoustic guitar players are joining a Shropshire-based musician for a series of online courses and live workshops. The world-class guitarists,

People who have gone above and beyond during the pandemic will be recognised in a special award ceremony this spring. Great Dawley Town Council has

On Wednesday, March 3 it is World Hearing Day, and local charity, Signal, is challenging Shropshire to a sponsored 1 hour silence. The challenge is