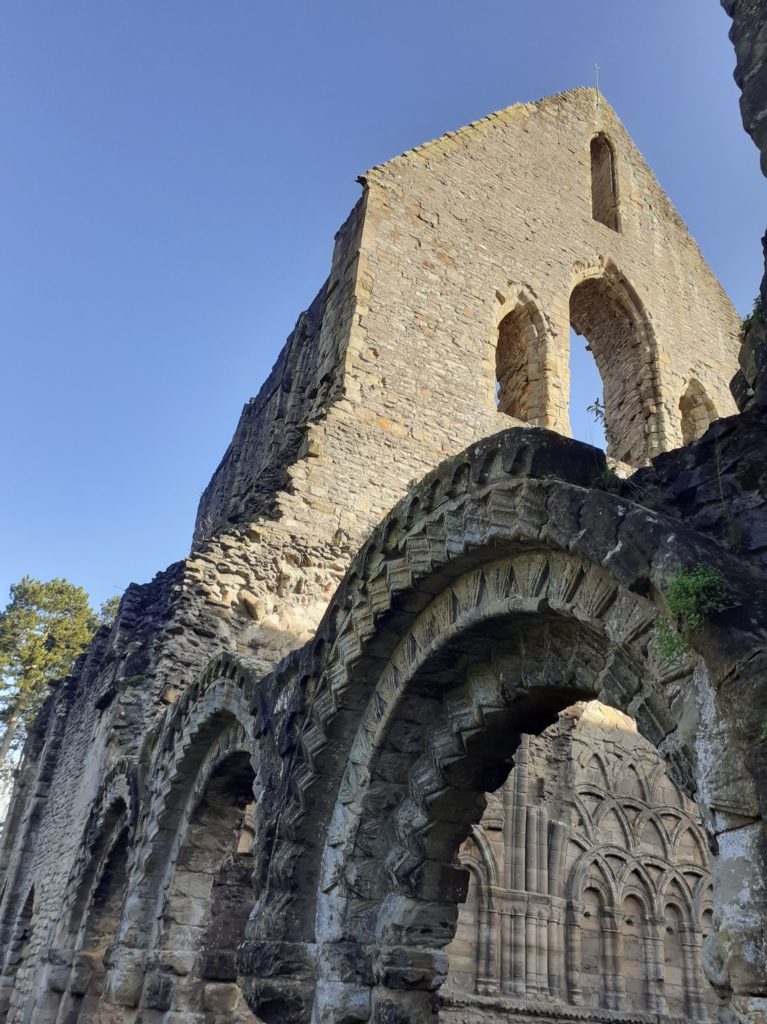 Neil Thomas meets a colourful clergyman and a heritage site manager, working together to connect the Christianity of past and present.

The ruins of Wenlock Priory attract visitors from far and wide. It is a place of tranquillity that retains a hauntingly sacred aura, despite that fact it has not housed a religious order since forced into closure in 1540 under Henry VIII’s dissolution of the monasteries. 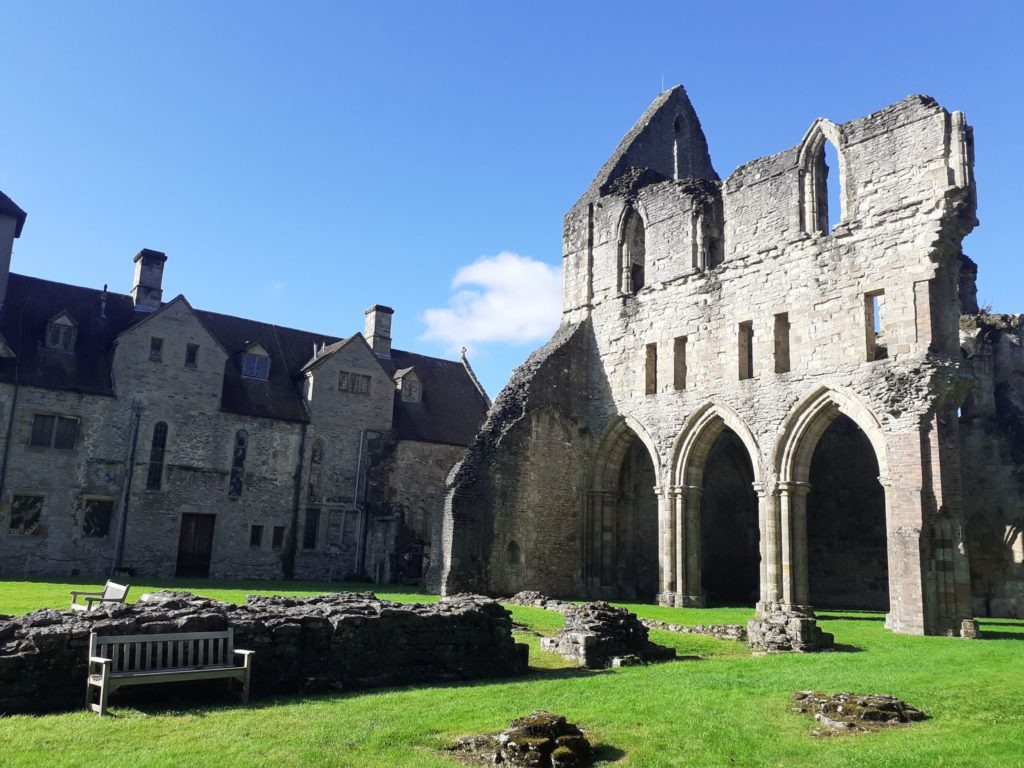 Much of its popularity in the Middle Ages arose from its claim to be the last resting place of a saint. To the 21st century tourist its attraction lays primarily in its intrigue and beauty.

It is certainly a place with a story to tell. And Reverend Matthew Stafford is determined it should be told to as many people as possible. The personable Rector of Much Wenlock, the picturesque town which grew around the priory, sees a strong connection between the Church today and its neighbouring medieval ruins.

One immediate quirky link is that the last serving prior in 1540 was also named Stafford – John Stafford.

For Matthew, the priory is not a relic of a lost age, but very much a part of the modern day Much Wenlock story. He even conducted an Easter Service in the priory grounds for 200 worshippers – the first time the site had hosted the holiest liturgy in the Christian calendar for nearly 500 years. 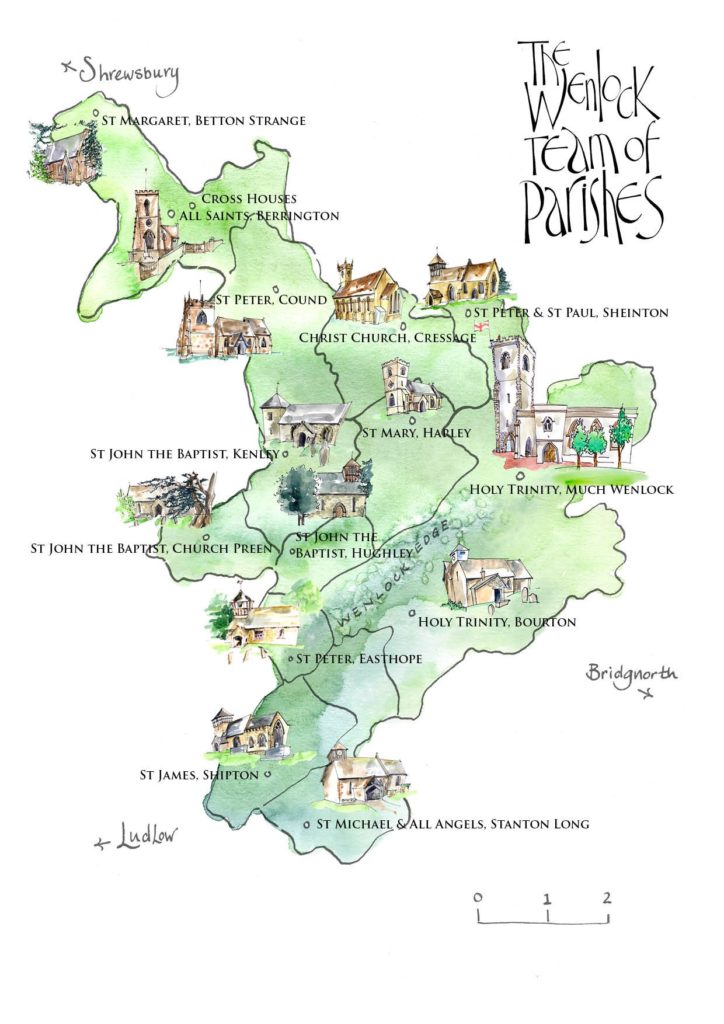 Matthew is working closely with Hannah Warren, English Heritage’s manager of Wenlock Priory, on promoting the story of 1,300 years of Christian worship in Much Wenlock. To both of them, there is a natural continuity between the prayers of the priory monks centuries ago and those recited in the town’s Holy Trinity Church today.

“It is difficult to overestimate the importance of the monastery and the Cluniac monks who lived there to Much Wenlock in the Middle Ages,” Matthew explains.

“They dominated the town and were the centre of its spiritual and commercial life. They brought popularity and prosperity to Much Wenlock and helped those who had fallen on hard times, the welfare state of their age.”

“Many of our visitors certainly find a calmness and tranquillity. There is a magic about the place,” she explains.

“People come to Wenlock Priory to soak up the atmosphere and often find themselves reflecting on life. Few other such places have such a magical quality, such an aura, and I have visited quite a few, as it’s my hobby as well as my job. In fact, I can think of only one other place that has the same kind of effect on me,” adds Hannah, who has a Medieval History degree.

While most of Wenlock Priory is open to the public under the care of English Heritage, parts of the building became a privately-owned house, Wenlock Abbey, which is the home of actress Gabriella Drake. Matthew is full of praise for her role as a supportive good neighbour of the priory.

The site was founded as an Anglo-Saxon monastery in about 680 by King Merewalh of Mercia, whose abbess daughter Milburge was hailed as a saint. Her relics were discovered there in 1101, attracting pilgrims to the priory.

By then Wenlock had been re-founded by the Normans as a priory of Cluniac monks. It is the impressive remains of this medieval priory which survive today, everywhere reflecting the Cluniac love of elaborate decoration. Parts of the great 13th century church still stand high.

Hannah and Matthew believe this atmospheric slice of ‘living’ history is an important educational resource and hope to encourage more school visits. They also see it fulfilling, once again, one of its original roles as a commercial engine.

“Tourism is so important to this area and it has been badly affected by Covid restrictions and lockdowns. As we try to rebuild the local economy, Wenlock Priory can play a part in attracting visitors to Much Wenlock who will hopefully visit the shops, cafes, pubs, restaurants and other tourist attractions in the area,” Matthew says.

For Matthew, the priory is not a relic of a lost age, but very much a part of the modern day Much Wenlock story.

Looking to serve the wider community in a practical sense seems typical of Matthew Stafford, who is a modern, man-of-the-people clergyman. Team Rector of Much Wenlock, he is a popular figure in the 13 parishes, encompassing 14 churches, that he oversees.

He came to national prominence in 2018 when he featured in BBC2’s six-part documentary A Vicar’s Life. The series was well-received, praised for not only showing the religious and ceremonial side of the Church but for shining a light on its everyday work in the community as a social service, comforting the sick and bereaved and helping the poor and homeless.

“I’m glad I did it, although I wouldn’t do it again,” Matthew says with his typically broad smile. “It was something you really had to commit yourself to. To have a TV crew follow you around for six months can certainly feel intrusive at times. There were odd days when I could have done without it but, overall, it was a very positive experience.”

Being a parish priest is a pretty full-on job, but Matthew has wanted to be nothing else since the age of five.

He grew up in rural Oxfordshire, where he was actively involved in his local parish church as a chorister, bell ringer, server, youth club member, PCC Rep and, occasionally, organist. 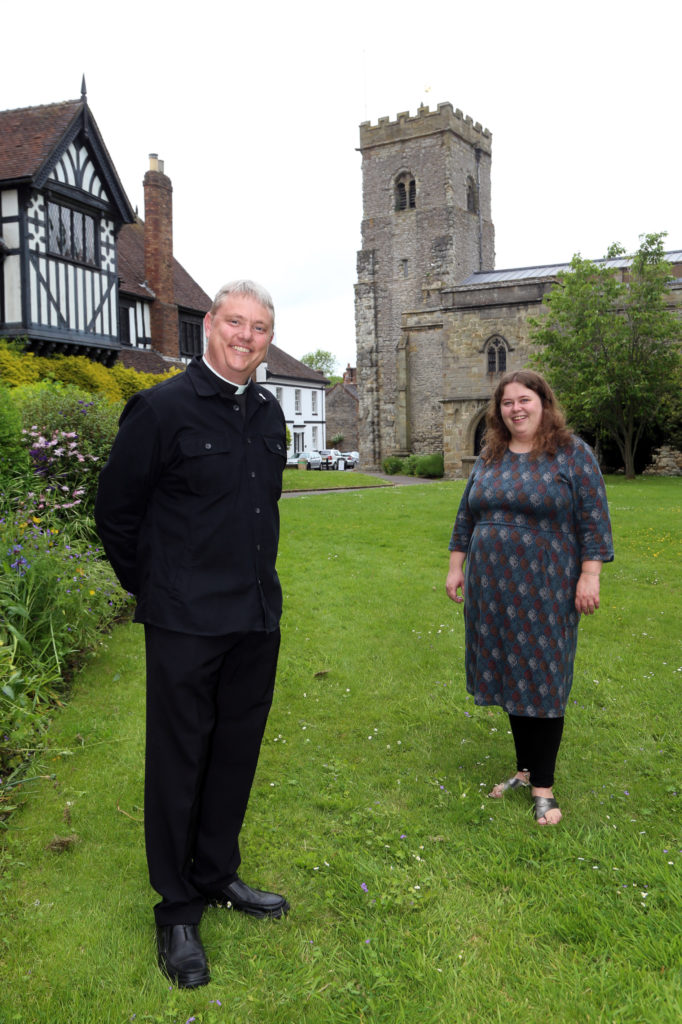 After leaving school he did several different jobs including managing a fish and chip shop.

In 1994 he trained with the Church Army and was posted to Stoke Heath Young Offenders Institution in 1995, his first encounter with Shropshire, with which he instantly fell in love.

He was selected for the ordained ministry in 1997 and trained for the Priesthood at Ripon College, Cuddesdon in Oxfordshire, becoming Deacon at Christchurch Cathedral, Oxford, in 1999 and Ordained Priest at All Saint’s, High Wycombe in Buckinghamshire in 2000.

“I served my Curacy at St Anne and St Peter’s Wycombe Marsh (UPA) in High Wycombe, before returning to Shropshire in 2002 to be Rector of Holy Trinity Oakengates and Wrockwardine Wood in Telford, where I spent 12 and a half years.”

A devoted family man, Matthew is married to Julie who he met at college in Sheffield. They have two sons, Oran and Conall. Keen football fans, the family are enthusiastic supporters of Shrewsbury Town.

You sense that family – and football – provide an important bedrock. For the life of a rural clergyman is not only fulfilling but challenging.

Figures suggest that people turned to the Church – online service attendances have been high – as they looked for comfort and meaning during the worst of the pandemic. The fallout from the disaster – bereavement, lost jobs, economic insecurity, the long-term effect of so much missed schooling, the damage to mental health and wellbeing – will also mean that to the community, the job of a man or woman of the cloth has never been more important.