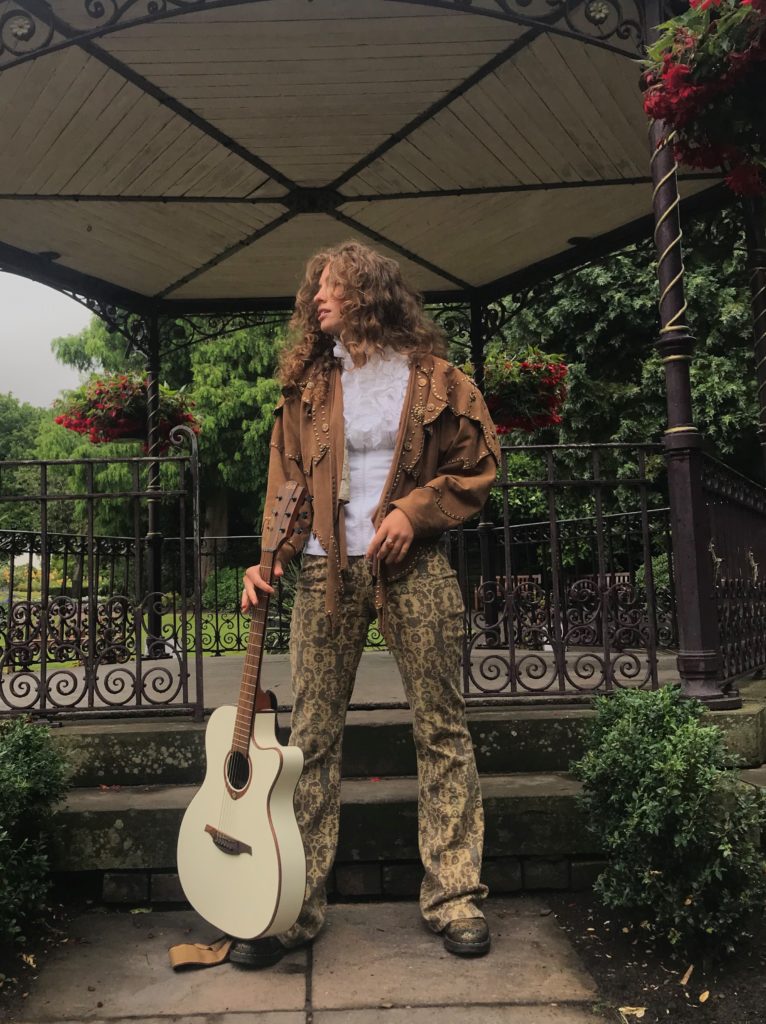 Neil Thomas chats to talented singer/songwriter Jen North about her new EP, the inspiration for her songs and gigging with 80s pop stars

It is hard to pigeonhole singer/songwriter Jen North. Her song Awake has an indie rhythm that’s very 2021, with a showcasing video of visual sleight of hand and dramatic mime narrative to match. But click on In My Dreams and she’s in a flowing gown with acoustic guitar, singing heartrendingly in a way that would have looked perfectly at home on stage at Woodstock in the hippy world of 1969.

The teenager has a strikingly soulful vocal style, her breathy delivery shifting, apparently effortlessly, from modal to flageolet, the highest pitch on the register.

“Several people have mentioned Kate Bush before, which is very flattering. She is someone I definitely admire,” she says.

Jen’s influences are decidedly more contemporary, though, citing, amongst others, The Japanese Garden, and The Weeknd.

In My Dreams and Awake feature on Jen’s first studio recording, an EP due out in October. The other two tracks are Say and Baby. 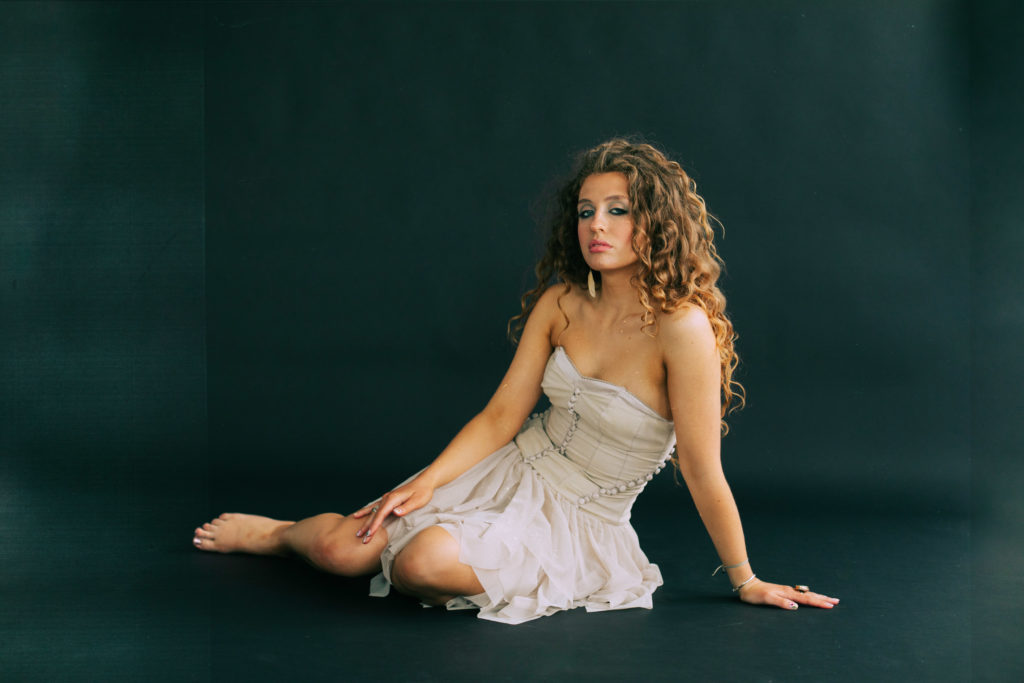 The 19-year-old, though, already has an impressive list of live performances on her CV, including supporting 80s bands China Crisis and Go West, when she was just 17.

“Both gigs sold out with around 1,000 people at each,” she says. “It was exhilarating and gave me a window into what I could achieve if I keep pushing.”

Her gigging career took in pubs and clubs in mainly London and the West Midlands, and included venues like The Bedford, The Half Moon in Putney, The Ned, The Robin 2, the BBC Introducing Stage, The Cuban Embassy and the opening of Albert’s Shed in Telford. She was on The Charity Shop Tour and the Ruby J Tour. Things were really taking off in 2019 with gigs helping her to build a network of contacts in the music industry. Then, in early 2020, it all came to a juddering halt. Covid 19 and lockdown brought an abrupt end to live performance.

“Things were really taking off in 2019 with gigs helping her to build a network of contacts in the music industry. Then, in early 2020, it all came to a juddering halt.”

Jen locked down with her family at home in Bridgnorth. And put the time to very good use, developing her fledgling music career in a different way.

“I started work on the EP, which is the foundation really of who I am as an artist. I started the project a year ago. Messing around with my production skills enabled me to understand the path I wanted to take with my music.

“I then found two producers from North London who had the same passion for my project.

“My brother Harry, who is really into his music, was at home during lockdown and he also got what I was trying to achieve and helped me.”

Jen’s first love as a child was drama rather than music, and it shows in the videos of her songs, that blend the two artforms as well as showcasing her imaginative production skills.

“I was quite a creative child and loved art and acting. When it comes to visuals, I would say this is a massive part of who I am as a musical artist,” she reflects. “I think the visuals are just as important as the music. The music videos I created for this EP are my journey from a classic singer/songwriter to an electronic infused pop artist. I translate this by using the contrast between nature and digital effects.

“The videos take inspiration from what it may be like in a dream; abstract

and mysterious, something that continues to fascinate me. I love experimenting, playing with ideas to see where they lead.”

An extra challenge for Jen, as a writer, is her dyslexia – although she has turned it into a positive!

“I find dyslexia has actually helped me a lot; it forces your brain to think of

other ways to figure things out and this is what I do with my writing. It helps me say things in ways others wouldn’t.”

Perhaps because she pens songs in almost a stream of consciousness, then hones them afterwards, her body of work has grown organically into something quite eclectic. Her constant drive to try something new makes her style hard to pin down.

“I’d like to say each song has its own little world, its own soundscape that can transport you into a different realm wherever you are. I take a lot of inspiration from many things, from ‘80s synth wave to the sounds of nature, that I have subconsciously blended into my work. A wall in my room at home is covered in random pictures and sometimes I’ll focus on one of those – say a flower – and an idea will come.

“Also, I love listening to the sounds that most people probably don’t pay much attention to. I’m always excited to see how I’ll change and develop as an artist. I don’t want to stay the same. I want my music to be the time capsules of who I am at that period in my life.”

As though to emphasise her experimentation and style shifts, she has been working on new material “that takes inspiration from Michael Jackson, Christine and the Queens and Q, infused with the ambient roots of the EP”.

There is something slightly Bohemian about Jen North – she loves hunting down unique clothes in charity shops and has a collection of colourful neck scarves she uses as belts. She fits the image of a pop musician, whose life is invariably an unconventional one. So, I’m mildly surprised when she reveals her boyfriend Max is an accountant.

I had blankly assumed he would be in the music industry and Jen chuckles at having wrong-footed me. “We get on really well. He is into his music, and he gets what I do.”

Jen is moving to London at the end of the summer, to try to further her career.

“I find dyslexia has actually helped me a lot; it forces your brain to think of other ways to figure things out and this is what I do with my writing. It helps me say things in ways others wouldn’t”

“I wrote this EP independently and feel it’s fostered my growth as an artist. But it’s also made me want to collaborate with other creatives for my next project to see where it could go,” she says.

And the ultimate aim?

And if this determined teenager from Bridgnorth does fulfil her dream, it probably won’t hurt to have a good accountant by her side.

Visit https://youtube/yt4SERXXIug to check out her latest single Say. 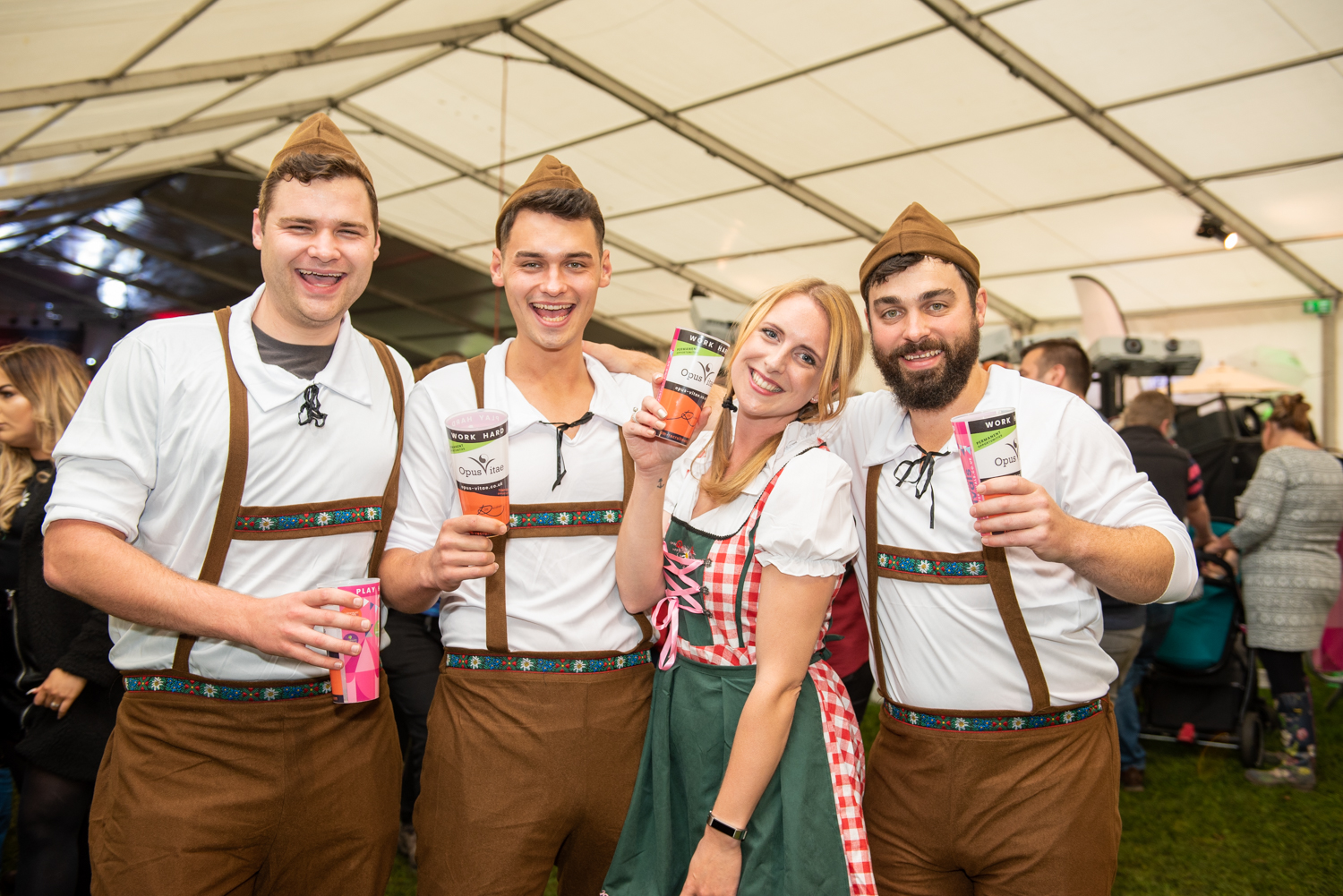 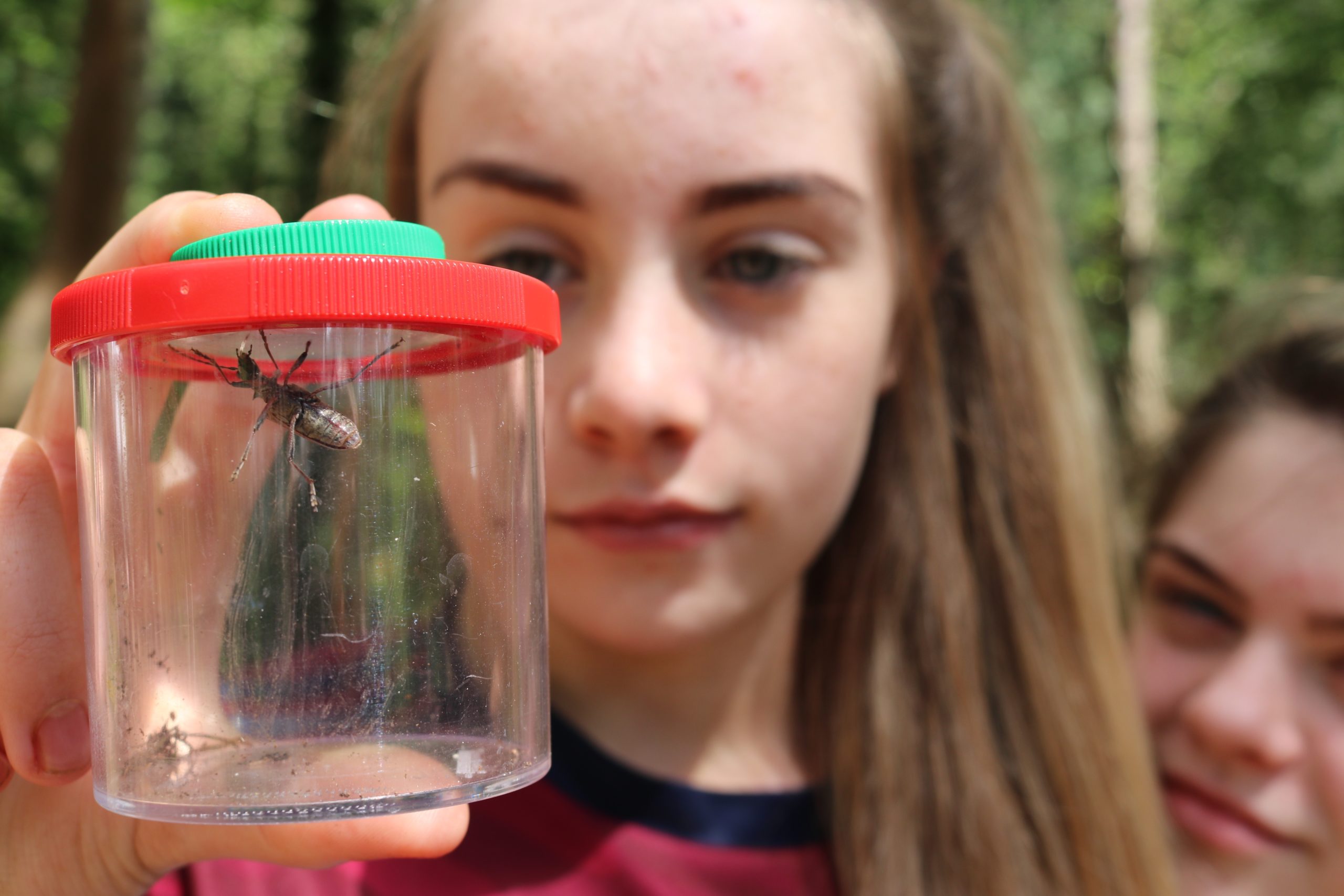 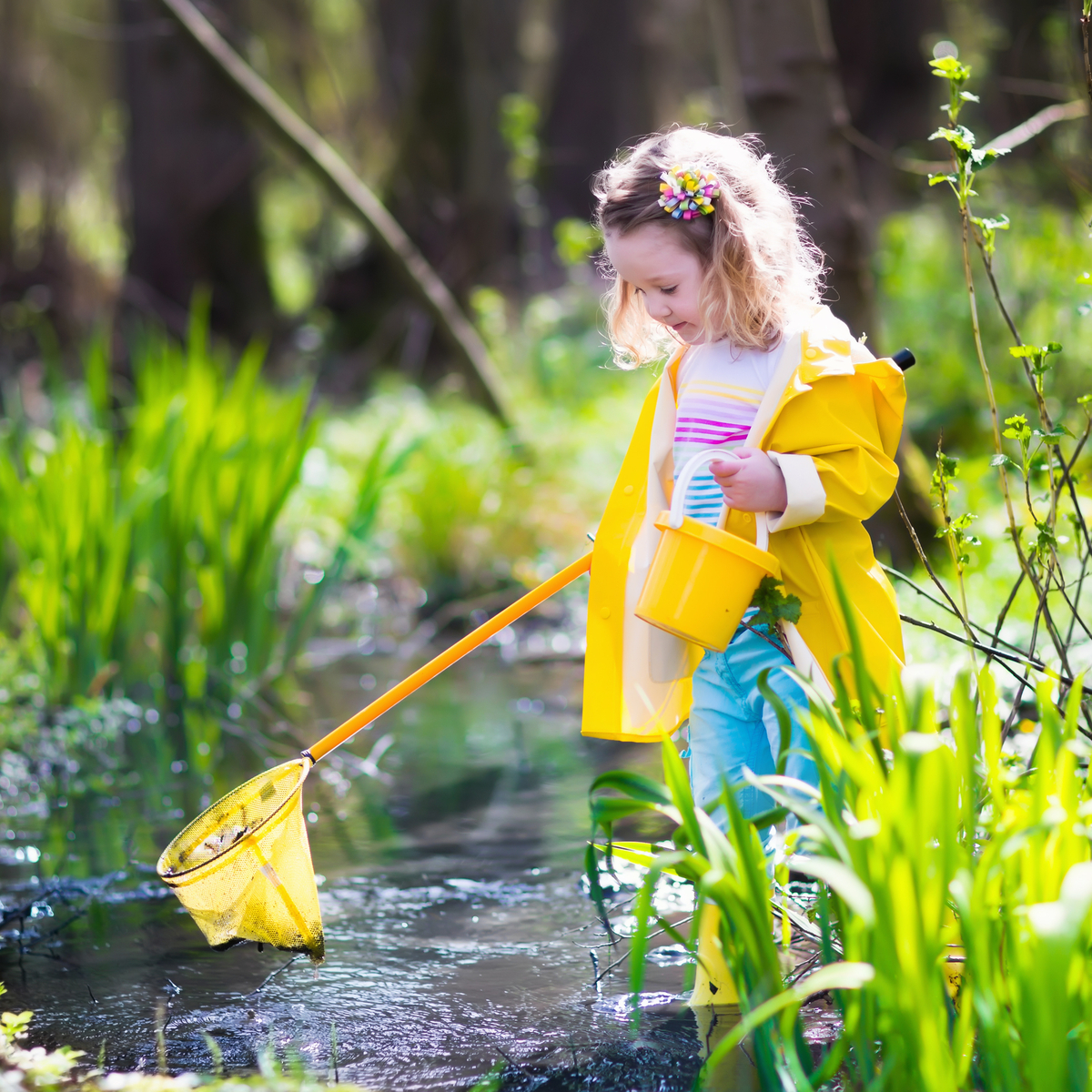