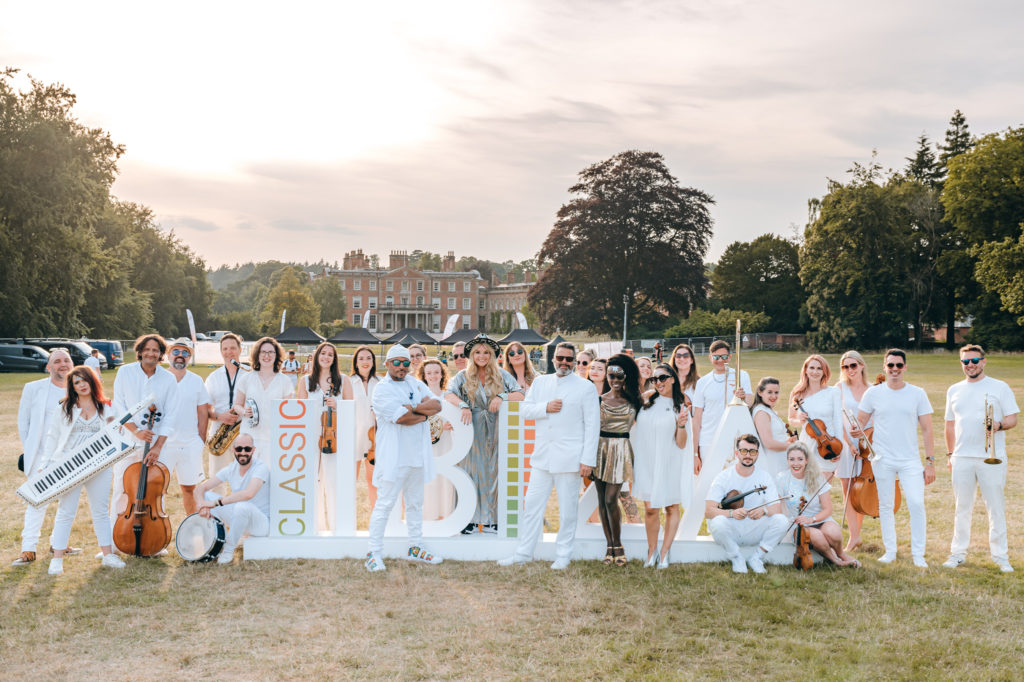 Classic Ibiza returned to Weston Park on Saturday night, serving up a delicious taste of the fabled White Isle, with temperatures soaring to Balearic levels. Playing to their largest-ever Weston Park audience of 7,000, the Urban Soul Orchestra (USO) led the rapturous West Midlands’ crowd on a magical four-hour journey of the very best in “stately house” music. USO have worked alongside the likes of Groove Armada and Robert Miles.

Lisa Ward, who heads up the team behind the show, comments: “We certainly brought Ibiza to Shropshire on Saturday night… even the weather got in on the act. Our performers and crew were on white-hot form, but we want to send a massive thank you to our amazing Weston Park audience. They are the ones that truly make Classic Ibiza what it is. See you all next summer!”

The show started at 6.30pm with a “Chill-Out Set” by DJ Jose Luis. Spinning a laid-back mix of Afro/Latin beats, the former Pacha Ibiza resident DJ got the crowd in the mood as they settled into the evening’s vibe over their picnics and much-needed cooling drinks.

Goldierocks then took control of the decks at 9pm, with her “House DJ Set” of up-tempo dance classics. At 9.30 pm, as night fell and the grounds of Weston Park transformed into an alfresco nightclub, she was reunited on-stage with USO for the “Dance Set”. Accompanied by an incredible laser and light show, the evening built to a crescendo at 10.50pm to these stone-cold classics: Galvanize (The Chemical Brothers), 3AM Eternal (The KLF), Pjanoo (Eric Prydz), Ride On Time (Black Box), Where Love Lives (Alison Limerick), Sing It Back (Moloko), You Don’t Know Me (Armand Van Helden), Saltwater (Chicane), Infinity 2008 (Guru Josh Project), Waiting All Night (Rudimental), Push The Feeling On (Nightcrawlers), Dreamer (Livin’ Joy), Toca’s Miracle (Fragma), (I Wanna Give You) Devotion (Nomad), Born Slippy (Underworld), Café Del Mar/Encore Une Fois (Energy 52/Sash!), God Is A DJ (Faithless), Insomnia(Faithless), Castles In The Sky (Ian Van Dahl), Titanium (David Guetta), One (Your Name) (Swedish House Mafia).

With the crowd chanting for more, USO and Goldierocks then returned to the stage for an encore of three firm Classic Ibiza favourites: Firestarter (The Prodigy), Set You Free (N-Trance) and Sandstorm (Darude).

Classic Ibiza at Weston Park is proud to support Dougie Mac Hospice. Various fundraising events took place on the evening, including a £2.50 donation from every programme sold.