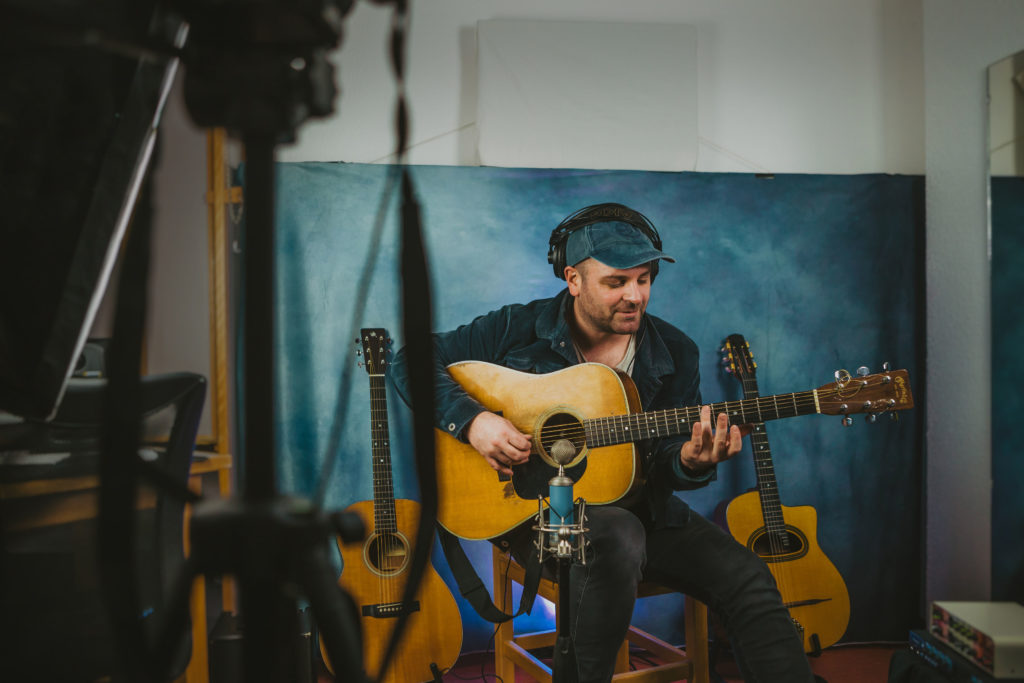 Some of the world’s leading acoustic guitar players are joining a Shropshire-based musician for a series of online courses and live workshops.

The world-class guitarists, who would usually be playing with the likes of James Taylor and Madonna, are dedicating their time to help Chris Quinn’s Acoustic Masterclass project.

Chris, of Shrewsbury, has made a name for himself in the world of folk, blues, jazz and acoustic music, touring all over the world during the past two decades.

Using state-of-the-art video lesson software, Chris puts together a regular timetable of weekly live online lessons and an inclusive member forum for students – from beginners to advanced – to get to know each other, debate all things guitar and learn together.

In February 2021, www.AcousticMasterclass.com was awarded an Arts Council England grant to help promote the site to guitar students not just in Shropshire, but around the world. The site currently has members in over 15 countries including the USA, the UK, France, Holland, Hong Kong and Slovenia.

Chris said the funding was also set to help launch the very exciting “Masterclass Series”, which will run throughout 2021.

He said: “I am incredibly grateful to the Arts Council for funding the project allowing us to bring phenomenal guitarists into people’s living rooms to learn intimate studio quality one-to-one style lessons, as well as live group sessions. The standard of musicians we have involved is as good as it gets, literally many of my favourite guitarists.

“We have Grammy-nominated John Doyle, one of Ireland’s most celebrated folk musicians sharing his knowledge of traditional Irish guitar. We also have Clive Carroll, who is one of the world’s premier acoustic guitarists who has toured and recorded with the likes of John Williams and Tommy Emmanuel.

“French musician Celine Dos Santos will deliver lessons on loop pedals, stomp box style and acoustic pop performance. She often works as the guitarist for Joss Stone and has supported George Ezra, James Morrison and Ben Howard as an artist in her own right.

“Finally we have the Shropshire-based Spanish guitarist Juan Casals Mendoza, considered to be one of the UK’s leading Flamenco players, revealing the secret to Flamenco techniques such as tremolo, arpeggio, picado and rasgueado.”

Thanks to the Arts Council funding, each artist will be providing a completely free-to-access course at www.AcousticMasterclass.com – students will also be able to sign up for an in-depth course, live online masterclass and video Q&A session with each of the artists.

As part of the course, students will get a month’s access to the full Acoustic Masterclass website. There will also be streamed interviews and live online performances on social media channels during the coming weeks and months of the “Masterclass Series”.