Three cheers for the Landmark Trust! 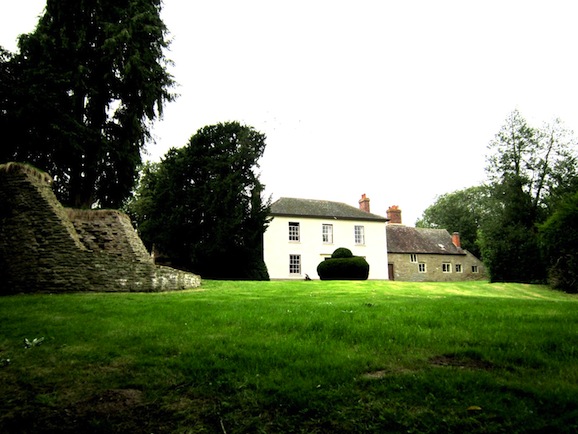 Most people have heard of the National Trust, fewer are aware of the splendid work carried out by the Landmark Trust. It is a buildings preservation charity founded in 1965 by the late Sir John and Lady Smith, to rescue historic and architecturally interesting buildings and their surroundings from neglect or dereliction. Once the buildings are restored, they are let to holiday makers. The letting enables people to experience living in fascinating, ancient and quirky buildings for a short spell, whilst the letting income is used to maintain the building.

The Landmark Trust offers a diverse range of historic holiday homes: you can choose from follies, castles, towers, banqueting houses through to tiny timbered cottages. Some accommodate large parties, others are cosy hideaways for two. All are well furnished with antiques and comfy sofas (think shabby chic rather than upmarket luxury) and have well equipped kitchens. Up to two well behaved dogs are welcomed in most properties. By renting a Landmark Trust property for your holiday, you are helping to ensure that our historical buildings have a future.

I am a huge fan of the Landmark Trust, having spent glorious holidays, living like a lord, in some wonderful places. Saddell Castle on the Mull of Kintyre was very special – right on the beach, we gathered mussels for supper. Ascog House on the Isle of Bute and Morpeth Castle in Northumberland gave us gracious living in interesting surroundings. My abiding memory of Millcombe House on Lundy Island was of swirling sea mists and the muffled boom from the lighthouse whilst the waves lashed the cliffs. Sanders, a 14th Century long house at Lettaford on Dartmoor was especially poignant, as I had endeavoured to purchase it at an auction: it was wonderful to have the opportunity to actually live in it, albeit for a short spell.

Obviously, as the Landmark properties are rented out to holiday makers they are rarely accessible to the casual visitor, apart from approximately 20 Open Days annually, when different properties are opened to the public for just one or two days. I was lucky to spot that The White House in Munslow was open this year on the 8th and 9th September, so off I set to the Corvedale. I parked opposite the ancient 14thCentury Swan Inn and walked up to the White House.

As you cross the lawn, under an ancient knarled Yew tree stand the remains of a medieval dovecote, which seems out of kilter, architecturally, with the White House, which presents as a plain white stuccoed Georgian style house with an older stone built wing to the right. However, on entering the house you quickly discover the Georgian facade masks a truly ancient house, which has evolved over 800 years.

The White House was donated to the Landmark Trust in 1990 by Miss Constance Purser, who moved there in 1947. Between 1966 and 1986 Miss Purser developed and ran a Museum of Buildings and Country Life at The White House, the house and its outbuildings (such as the 14th century barn) forming the heart of the exhibition. Some of the Museum objects collected by Miss Purser have been absorbed around the buildings; small displays have been retained in the barn, dairy, kitchen, and a room known as the History Room.

Miss Purser spoke of the White House as “four houses in one”, given it evolved over four distinct periods. The earliest part is the cellars: the stonework here belongs to the undercroft of a much earlier wing, perhaps even dating from the 13th century, which is also thought to be the date of the ruined dovecote.

In the 14th century a long east/west wing – a cruck framed open hall – was added, divided by a central cruck truss into two bays, with a two-storey service bay at the east end. Miss Purser suggested this addition was the work of Roger Stedman, described as “of Aston” in 1335. There was no chimney in this hall, only a central hearth with smoke escaping through an opening in the roof.

The third building phase was in late 16th/early 17th century, when a timber-framed wing was built at the west end of the hall and remodelling of the hall occurred. A central chimney was built, a floor was inserted to create upper chambers, reached by a new staircase and a lean-to dairy was built off the kitchen.

The final building phase occurred between 1780 and 1800 when an extension was built on to the cross-wing, to provide a new drawing room, staircase hall and bedroom above. A portion of the front exterior facade, both Elizabethan and new, was stuccoed, a central door and symmetrical windows were inserted, hence my initial view that the house was mainly of the Georgian period, whereas a far more complex history lurked within!